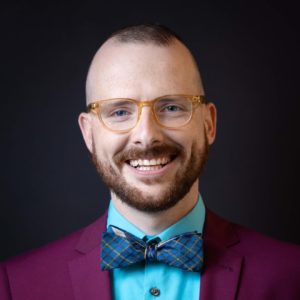 After state Democrats lost control of the Executive Council and both chambers of the New Hampshire legislature in November — even as Joe Biden topped Republican Donald Trump by eight points –NH Democrat Party Chair Ray Buckley is facing a challenger for the job he’s held for the last 13 years.

Emmett Soldati, a Somersworth Democrat and former candidate for Executive Council, announced on Tuesday an exploratory bid to succeed Ray Buckley as Chairman of the New Hampshire Democrats.

“The job of the chair is all about how we raise and expend resources, how we attract and retain talent, and how we set strategy for not only the next two years but the next 20. I’m ready to do that in a way that activates local communities and gets folks invested in our party no matter the year and no matter their town,” Soldati said in a statement.

Filing for state Democratic Party officer positions for 2021-2022 is open until Jan. 15. The 260-plus members of the New Hampshire Democratic State Committee will vote via Zoom video conference Sunday, March 14.

“As a proud New Hampshire Democrat, I am ready to take advantage of the tremendous opportunities to make our state party even more inclusive: to continuously engage communities; to develop local issue messaging; to lower barriers for future candidates; to share best practices; to provide digital toolkits to local candidates; and to clarify for town and county chairs the available strategy and resources,” said Soldati.

In the statement, Soldati listed 25 early supporters on his exploratory committee, including former foe Leah Plunkett, who ran in the crowded primary for Executive Council District 2 against Soldati this year.

Plunkett says she supports Soldati because “his campaign showed all of us what is possible for the future of this party and we’d be fortunate to have Emmett’s leadership, vision, and political savvy as chair of the NHDP.” 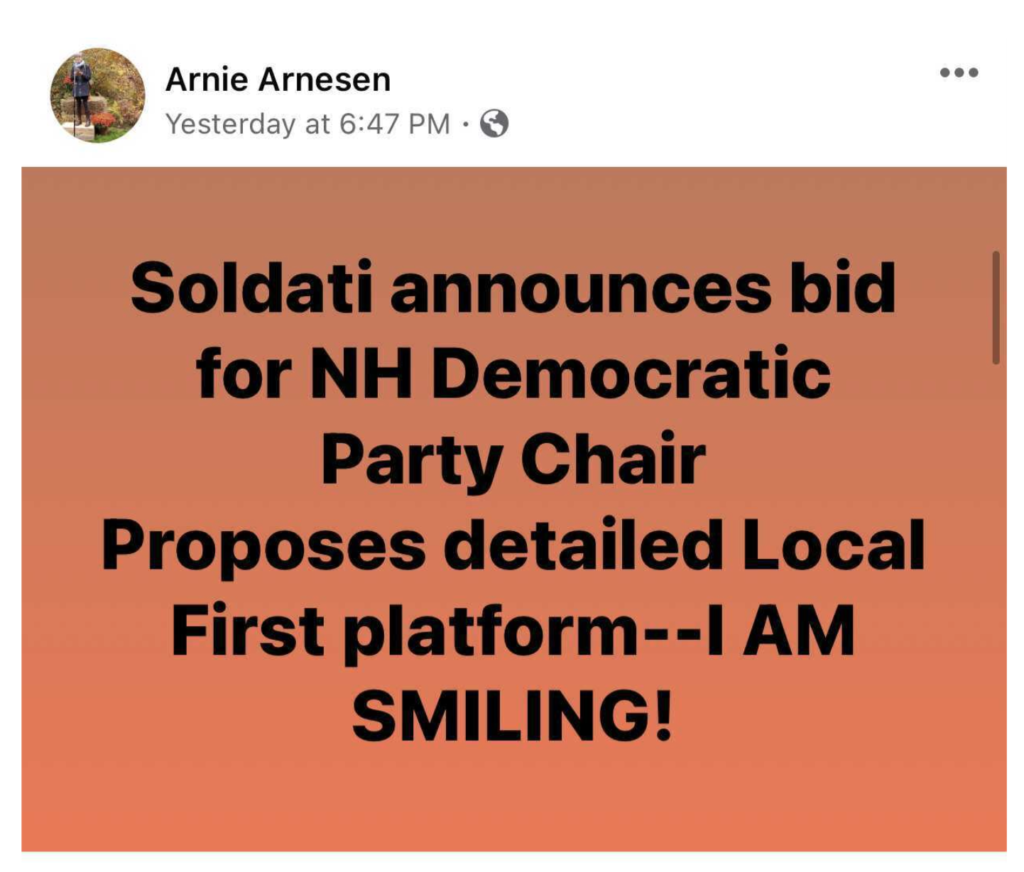 “Emmett is smart, ethical, articulate, hard-working, and committed to a politics of integrity and transparency… the NH Democratic Party would be well served as would the state of NH,” said Arnie Arnesen, long-time progressive and former candidate for NH governor in a tweet.

Soldati owns the Teatotaller Café in Somersworth and was named 2019 Young Entrepreneur of the year by Stay Work Play New Hampshire.