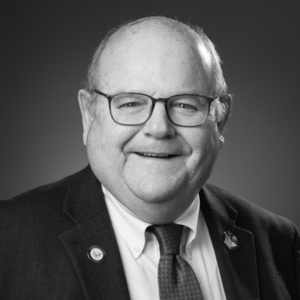 Representative Dick Hinch died on Wednesday, just one week after being elected the Speaker of the New Hampshire House.

In November, Hinch was elected to his seventh term as representative from Merrimack. On Organization Day, he was unanimously elected Speaker on a motion from the previous Speaker Steve Shurtleff (D-Penacook). An emotional Hinch had tears in his eyes as he thanked the members for trusting him with the responsibility and high honor of being Speaker of the House.

“It is with tremendous sadness that we announce the Speaker of the New Hampshire House of Representatives, Richard ‘Dick’ Hinch, passed away today at the age of 71. He was a loving husband, father, family man, and veteran who devoted his life to public service,” the Office of the Speaker of the House said in a statement.

Democrats also expressed their admiration for Hinch at the news of his passing.

“My heart goes out to Speaker Hinch’s wife Pat and his family,” said House Democratic Leader Renny Cushing in a statement. “It was an honor to serve with Speaker Hinch in the legislature.  I join the entire legislative body in mourning his passing.”

Democratic Senate Leader Donna Soucy said, “Our thoughts and prayers are with Speaker Hinch’s family and loved ones during this heartbreaking time. Today the New Hampshire Legislature lost one of our own.”

Hinch served as Republican Minority Leader for 2019-2020, as Majority Leader from 2015 to 2018, and was widely praised by the Republican caucus in the run-up to the Speaker’s election as a key driver in holding the Republican minority together through two tough years and a pandemic. His unanimous election to the Speakership was a testament to Hinch’s ability to reach all factions of his usually fractured party and bring everyone to the table.

The Merrimack Republican was also very active in his town, serving as Selectman, on the Budget Committee, and on the Public Library Development Committee. He was also active in the Lions Club, the Rotary Club, and was Director of the Merrimack Chamber of Commerce.

Hinch served in the United States Navy from 1968 to 1972. He graduated from Marblehead High School and Salem State College, both in Massachusetts, before moving to New Hampshire. He was the principal broker at Hinch-Crowley Realty Associates.

Colleagues in the House refer to Hinch as “the nicest guy,” and an “incredible man who embodied Granite State values.”

“He was one of the most positive people, always upbeat and had a kindness about him,” said one Republican representative.

Most significant, many NHGOP’er said, was his ability to kept the various factions of the House GOP united.

“For the first time in ten years, Hinch united the Republican Party in the House,” Representative Jeanine Notter, a Merrimack Republican told NHJournal when Hinch first announced his bid for speaker. “He picked the right kind of people,” she says, “people from all over the board. We had conservatives, moderates, liberty-minded. Everyone had a seat at the table and was part of the team.”

Governor Chris Sununu says he is “profoundly sad to learn of the passing of Speaker Dick Hinch,” adding that Hinch was “a close friend, and a respected public servant.”

“His loss will be greatly felt by the people of this state, and I ask Granite Staters to join me in praying for his family during this incredibly difficult time,” Sununu said in a statement. Sununu has also directed flags to be flown at half-staff in honor of Hinch’s passing.

“I have confidence that, in our sorrow, the members of the House and the Senate will all rally and live up to his memory,” Morse says.

The House will likely hold another election for Speaker when they convene on January 6. They will meet again at the University of New Hampshire, indoors this time. Governor Sununu will be sworn-in to his third term as New Hampshire’s governor the next day on the State House steps in front of a joint session of the legislature.