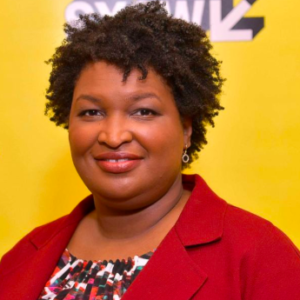 After a week when the Democratic field got smaller, it’s opened up a bit more again. Former Democratic gubernatorial candidate Stacey Abrams of Georgia, who in the past had openly talked about a potential 2028 POTUS bid, has now moved up her timetable, telling PBS NewsHour’s Yamiche Alcindor that “2020 is on the table.”

“In the spreadsheet with all the jobs I wanted to do, 2028 would be the earliest I would be ready to stand for president because I would have done the work I thought necessary to be effective in that job,” Abrams said.

“She is taking a look at all options on the table in 2020 and beyond,” tweeted Lauren Groh-Wargo, who ran Abrams 2018 campaign.

Did we miss someone? Please send the name to [email protected]