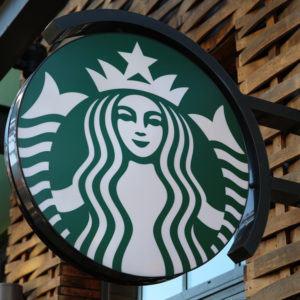 Posted to Finance December 03, 2019 by Thomas A. Hemphill and Syagnik Banerjee

In May 2018, Starbucks, the American coffee company and coffeehouse chain, announced that it was instituting a new nationwide policy of opening its businesses to all people, paying customers or not. This policy announcement came after an incident in April 2018, when a manager at a Philadelphia-based Starbucks called the police on two young black men, one or both of whom had asked to use the restroom but had not made a purchase at the establishment.

“We’re going to make the right decision 100 percent of the time and give people (the bathroom) key,” said Starbucks executive chairman Howard Schultz.

With corporate social responsibility an integral part of its mission, Starbucks believes that “creating a culture of warmth and belonging, where everyone is welcome” is a core value. However, Starbucks management still wants its establishments to be used for their intended business purpose: “We don’t want to become a public bathroom,” Schultz said.

Have Starbucks’ competitors followed the company’s lead and adopted a similar open access seating policy? Apparently not — and for sound business reasons. In October 2018, Business Insider reported that several Seattle-based Starbucks employees were encountering hypodermic needles on a near daily basis. Visitors would dispose of the needles in store restrooms, often in tampon-disposal boxes, and employees would then come into contact with the used needles while cleaning the facilities.

In December 2018, a New York Post journalist investigated several Manhattan Starbucks restrooms and found that there were no open stalls. “Letting everybody in has resulted in nobody getting in,” said one Starbucks employee. As socially responsible as it may appear, having “everyone” in the local community “welcome” in their establishments may adversely affect another company stakeholder — the regular paying customer expecting their pleasurable café experience at the neighborhood Starbucks.

One wonders if Starbucks’ open-seating access policy stance conflicts with its current brand positioning strategy. Extending infrastructure to non-paying customers may lead paying customers to a state of confusion regarding their relative value to the Starbucks brand. For some regular coffee-drinking customers, paying a premium price may harbor expectations of exclusivity, privacy and solitude in their consumption space.

In contrast, for the urban café Flâneur who draws energy from the buzz of local coffee shops, and artistic inspiration from immersion in a dynamic public space, observing others and eavesdropping on conversations, such an open-door seating policy may consolidate their position. It is not uncommon for brands to pursue development of positioning that appeals to the aspirational selves of masses who wish to embrace it.

However, given heterogeneous customer needs, it’s important to gauge what proportion of existing or future customers are represented by the above stereotypes. Also, to what extent do such appeals work when the aspirations conflict with priorities of an existing stakeholder customer base? In the process of courting new customers, are they risking their current base?

Acquisition, is, after all much more expensive than retention. Starbucks’ dominance among brands, its large business volumes, premium prices and mass appeal pose a severe challenge to evolving its image into that of a quaint local coffee chain serving as a community hub catering to the fantasies of a niche urban audience.

The above questions regarding the practicality of transforming Starbucks’ current positioning into aspirational images are further substantiated by recent survey research evidence. In November 2019, David Solomon, of the Jindal School of Management, University of Texas at Dallas, and Umit Gurun, of the Carroll School of Management, Boston College, in collaboration with data analytics firm SafeGraph, released a comprehensive study that found Starbucks customer visits declined by 6.8 percent, relative to nearby restaurants and cafes, after the company revised its restroom and seating policy relating to non-paying customers. Other key study findings include: that the decline in customer visits was 84 percent greater for stores located near homeless shelters; individuals visiting a Starbucks reduced the amount of time they spent in the store by 4.2 percent; and more affluent customers reduced their visits more, but race was not a factor, as people in general were equally deterred.

“This research is an incredible application of our data sets and gives a nuanced, data-driven view into the effects of corporate social responsibility, and tells the story of how companies driving social change may negatively be impacting their bottom line,” said Auren Hoffman, CEO of SafeGraph.

In other words, by Starbucks providing public goods to non-paying members of the public, what is the company’s long-term loss in sales as potential paying customers are crowded out of the Starbucks experience? Starbucks executives need be reminded that “with our partners, our coffee, and our customers at our core,” that they need to refocus their managerial attention on satisfying the needs of a “core” stakeholder — the paying customer the company has fastidiously cultivated and who is responsible for the company’s continued financial success.