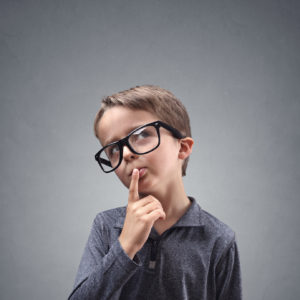 What Can Congress Learn From State Models for School Choice Legislation?

While nothing is official, smart money says that the Trump administration is likely to use tax breaks to try to fund a $20 billion school choice campaign promise.

Which states have the most robust school choice programs? What can those state initiatives tell us about what a prospective federal school choice tax-incentive would look like?

Before digging into case studies, it’s worth distinguishing between tax credit scholarships, education savings accounts, and old-fashioned vouchers—all programs that are sometimes sloppily jumbled together as school choice.

Josh Cunningham is a senior education policy specialist for the National Conference of State Legislatures, a non-partisan group that tracks state level legislation. He explained the differences between the school choice terms in a telephone interview with InsideSources.

When a state grants parents of a school-aged child a voucher, they give those parents a credit for a certain tuition value that those parents can use to enroll their child in a private school.

An education savings account, or an ESA, is similar, but offers more flexibility to the parents. When parents get an education savings account, they are awarded a yearly sum that can be mixed and matched to address their children’s educational needs. Those funds can be used all at once for private school tuition like a voucher, or a part can be used for private tutoring, another part for online courseware, and the rest saved for a later expense—like college.

The scholarships awarded by those nonprofits can either be used as vouchers or education savings accounts—depending on state law or the nonprofit’s rules—but the critical distinction is that the scholarship money is distributed by nonprofits, rather than through state appropriations.

Among school choice advocates, “the ESA idea is replacing the idea of traditional vouchers” said Cunningham. Proponents of choice like giving parents more flexibility in cobbling together education services for their children.

So far, however, in states where ESAs have been adopted, parents tend to use the accounts in a similar way to how they use vouchers—for private school tuition—said Cunningham. This dynamic has led some school choice opponents, like the teachers unions, to argue that education savings accounts and vouchers are actually one in the same.

Indiana is viewed as an exemplar for those who back traditional voucher programs. First enacted in 2011, the state’s voucher system was expanded to allow access to many in the state’s middle class under former Republican Governor, and current U.S. Vice President Mike Pence.

Arizona has long been a pioneer of school choice—the state first allowed public charter schools in 1994. Arizona has both a tax-credit scholarship program that is available to a broad number of students, as well as an education savings account system that has restrictions, such as being limited to at-risk students in low-performing schools, or those who come from military families.

Unlike other state tax-credit scholarship programs, Arizona’s does not limit the total statewide size of the program, but it does cap how much credit individuals and companies can receive for giving to scholarship-awarding nonprofits per year.

Nevada has the largest education savings account program in the country—on paper. Republicans in the legislature had passed a measure that would give every student in the state an ESA worth at least 90 percent of the per pupil funding ordinarily distributed to public schools.

A state Supreme Court decision last year ruled that the way the program was funded violated the state constitution, effectively freezing the program. The ESA’s themselves remain on the books, but Republican Gov. Brian Sandoval faces an uphill climb in getting new appropriations for the program through what is now a Democratic legislature, said Cunningham.

The Sunshine State’s tax credit scholarships came up during Sec. of Education Betsy DeVos’ confirmation hearing. Democrats expressed concerns that students participating in programs like Florida’s tax-credit scholarship have been asked to waive their federal IDEA disability protections. Republicans have called for making IDEA funds “portable” to make it easier for private schools accepting scholarships or vouchers to enroll students with disabilities.

One recipient of Florida’s tax credit scholarships, Denisha Merriweather, has been an outspoken proponent of DeVos’s school choice agenda, and recently authored an op-ed explaining her reasoning.

The topic is likely to come up Tuesday during President Trump’s address to a joint session of Congress. Merriweather was announced yesterday as one of the President’s special guests.

Cunningham and his team at the National Council of State Legislatures have put together a website where one can see school choice policy in every state.