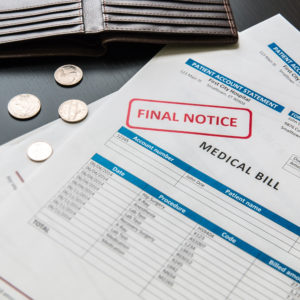 Two ranking Iowa State Senators have asked Iowa Governor Kim Reynolds to extend the sign-up period for over 200,000 Medicaid enrollees who have been reassigned to the Managed Care Organization (MCO) United Healthcare, following the AmeriHealth Caritas departure from Iowa’s privatized Medicaid system as of today, November 30.

“It is a fundamental, legal requirement to offer Medicaid beneficiaries a choice of managed care plans,” the letter says. “It is completely unfair to offer the fee-for-service system to only those members that were able to make a choice before November 16.”

Public Information Officer for Iowa Department of Human Services Matt Highland said that all remaining enrollees from AmeriHealth Caritas’ departure, who did not initially pick Amerigroup as their MCO, will be enrolled with United Healthcare.

A total of 10,121 enrollees who had chosen Amerigroup will be managed by the state’s fee-for-service program until Amerigroup can take on new enrollees. Highland said that this program is limited only to these specific enrollees, who can choose to opt out of the state’s program and join United Healthcare if they so choose.

“In the future members again will have a choice in MCOs and will be notified when that choice is available,” Highland said. “At this time, UnitedHealthcare is the only MCO available to new IA Health Link members.”

Ragan explained in an interview that she’s not sure the exact date that enrollees with AmeriHealth Caritas were given notice of the MCO’s departure, but that it occurred around late October, early November.

“They did not have much time to decide on this,” Ragan said. “So people that decided by the [November] 15 and went, they were treated differently than people who didn’t.”

Enrollees with AmeriHealth Caritas were instructed in their letter that they would have to choose a new MCO — either United Healthcare or Amerigroup — before November 16 to maintain continuous coverage. Iowa Department of Human Services posted to its website this past Monday that those who had signed up to be a part of Amerigroup would temporarily be a part of the Iowa Medicaid Enterprise (IME), which will manage their cases until Amerigroup can take on new enrollees. Reynolds said at a press conference this past Tuesday that approximately 9,000 Iowans will be overseen by the state.

“Due to the lack of timely notice, more than 200,000 Iowans are being assigned to United Healthcare, regardless of their preference,” the letter says. “In the name of fairness and choice, we are requesting that you grant an additional 30 days for former AmeriHealth members to choose either United or the fee-for-service system.”

Iowa’s current privatized system pays a capitation rate to MCOs per enrollee, effectively shifting the cost burden from the state to the MCOs. Under a fee-for-service model, run by the state, healthcare providers are paid based on the services they provide to the client.

Highland said that DHS does not anticipate any funding issues in taking on the enrollees as the state regularly serves “roughly 40,000 members” on a monthly basis.

“It’s been very difficult for people to work through this,” Ragan said in an interview. “There’s been no timely notice for people, it’s just been really super difficult.”

Ragan explained that the type and quantity of care between United Healthcare and fee-for-service will not be much different. The main difference is that some enrollees run the risk of having to switch doctors if they are not partnered with United Healthcare.

According to a press release from the Iowa Senate, “a 30-day extension would address the concerns of Iowans who did not have a choice of managed care organizations, which directly affects which doctors, hospitals and other health care providers they can see.”

The release also references a federal regulation that in a privatized Medicaid system, enrollees need to be able to choose their MCO. Last week, a DHS memo was circulating among the administration that it had received approval from CMS to suspend MCO choice, but amid reports that CMS had in fact not given approval, said that it never needed approval, in that it had the regulatory authority to temporarily suspend choice.

“An ‘approval’ from CMS to suspend choice is not necessary,” Highland said. “Iowa has not requested any additional waiver authority as part of this transition, but is in constant communication with CMS. Iowa Medicaid is proceeding forward in temporarily suspending choice for Medicaid beneficiaries.”

Highland said that states generally have the ability to manage their respective programs in situations such as the one Iowa is currently experiencing, within existing statutory and regulatory authorities.

As of press time, Ragan said that she had not received any response from Reynolds’ office.

“Yesterday, they said that everything’s great,” Ragan said. “That’s not what I’m hearing. Clearly they’re talking to different people than I am.”