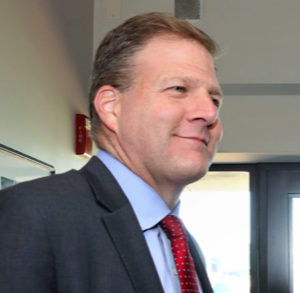 Sununu Has His Own ‘Autopsy’ for NHDems’ Failed 2020 Campaign

While New Hampshire Democrats quarrel over who should be part of their post-2020 election fiasco autopsy, Gov. Chris Sununu has his own analysis: Democrats tried to play games during a pandemic, and they paid a political price.

“I think the Democrats in New Hampshire played their cards very wrong,” Sununu told NHJournal. “They focused on a lot of bad policies. They focused on lawsuits to slow down a relief process while we were in the middle of a pandemic. And then, when they lost the lawsuit, they appealed it.

“They doubled down on their bad ideas, and the people of New Hampshire paid attention to that,” Sununu said.

New Hampshire Democrats were the only state party in the nation to lose control of a legislative chamber this year, as Republicans took both the House and Senate. The loss is more problematic given the Democrats’ presidential candidate, Joe Biden, beat President Trump by nearly eight points here.

Sununu says Democrats were so focused on seeking partisan advantage they misread the mood of the public.

“They really tried to play a political game during an election,” Sununu said, adding: “The people wanted relief. They wanted a connection. The Democrats had a chance to work with us through the pandemic, and they chose not to. And the people have answered that they’re very frustrated with that.”

Some New Hampshire Democrats are grumbling about party chairman Ray Buckley’s apparent lack of a statewide strategy. He was a major proponent of the strategy behind the $1 million-plus media campaign (funded in large part by the Democratic Governor’s Association through the state party) to label Sununu as “a Trump guy through and through.”

It clearly failed. Sununu outperformed Trump by 150,000 votes, with the help of ticket-splitting Democrats.

“The Trump thing was a mistake from the beginning,” one Democratic activist told NHJournal. “But keeping it going in October? That was stupid.”

After Buckley proposed a “task force” of his political allies to review the party’s strategic failures, 45 current Democratic county and town chairs wrote the state party insisting on a place at the table. They want “a broadly representative, independently led, and fully transparent task force to perform a thorough post mortem,” they wrote — language some NHDems view as a shot at Buckley.

And NH Democrats have reason to be frustrated. While millions were being spent on the Sen. Jeanne Shaheen and state Sen. Dan Feltes campaigns (races whose outcome was never in doubt) Democrats lost three state Senate seats — enough to maintain control of the body — by a total of fewer than 1,500 votes combined.

Sununu easily deflected attempts to “Trumpify” him, never withdrawing his support of the incumbent Republican president but also openly criticizing him on occasion as well. In Sununu’s opinion, trying to nationalize the governor’s race was always a mistake.

“Our strategy was just to focus on good policy, on good results, good accountability and transparency — the things that people really want,” Sununu said. “They don’t want political games. They want results. And I’m just proud that we’ve been able to deliver.”