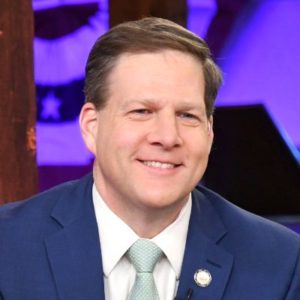 In fact, more independents (85 percent) than Republican (77 percent) like how Sununu handled the COVID-19 lockdown. 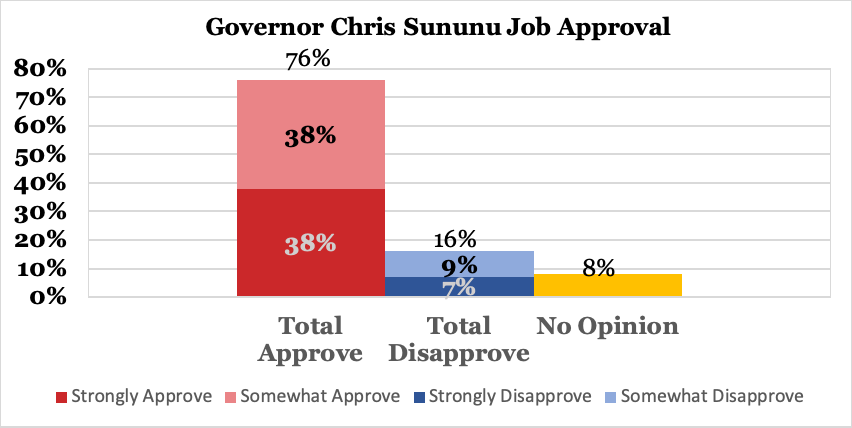 While these numbers are high, they’re in line with a national trend of increased support for governors as they’ve faced the coronavirus challenge. A month ago, a Survey Monkey poll found seven governors enjoying 80 percent or higher approval for their handling of COVID-19. Sununu was in second place at 82 percent, behind fellow Republican Larry Hogan’s 85 percent in Maryland.

Polls have shown a similar “rally around the flag” effect for governors since the corona crisis began. And it can’t hurt Sununu that a new Morning Consult poll shows consumer confidence among Granite Staters has risen five percent just since June 1.

These are indicators that at least part of Sununu’s support is a coattail effect from events beyond his control. It’s possible that, like George H.W. Bush in 1992, these same events could drag those numbers down as well. Possible, but not likely. He was consistently one of the most popular governors in the U.S. well before the appearance of COVID-19, and he handily won reelection amid the 2018 #BlueWave.

“After surviving a big Democratic year in 2018, Governor Sununu is in a good position for reelection in 2020,” says Andy Smith, director of the UNH Survey Center. “His job approval ratings, and ratings of his handling of COVID-19, are both quite high.”

Smith notes Sununu’s polls are similar to those of wildly-popular Democratic Governor John Lynch more than a decade ago. At this point in the 2006 campaign, for example, the incumbent was at 79 percent approval and won with 74 percent of the vote. Four years later, during the Tea Party midterms of 2010, Lynch’s approval fell to 59 percent and he still managed to hold onto 53 percent of the vote.

“Even in big GOP years, Lynch was always quite popular,” Smith said.

And while there’s still a competitive primary underway among the Democrats, We Ask America ran a head-to-head between Sununu and state Senate Majority Leader Dan Feltes. Sununu came out with a nearly three-to-one advantage. 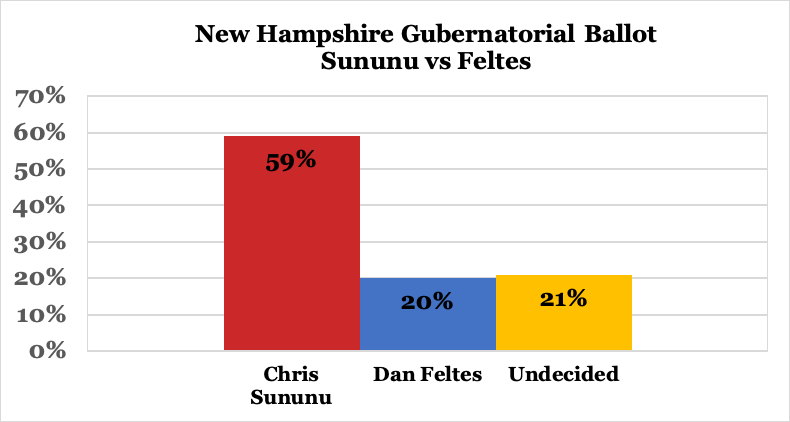 Feltes’ campaign says they aren’t worried and point to his recent fundraising success. “As of June 15, the campaign raised $916,000 from over 4,900 contributions and has $480,472 cash on hand. The total raised and total contribution numbers are recording-breaking for any non-incumbent, non-self-funding gubernatorial candidate,” the Feltes campaign said in a statement. It’s twice as much as 2018 Democratic nominee Molly Kelly had raised at this point in the race.

“I’m so grateful for all the support we’ve received in this campaign,” Feltes said. “With thousands of contributions from all across the state, it’s clear that Granite Staters are ready for new leadership.”

“This campaign is just getting started,” Feltes added.

His numbers are comparable to Sununu, who has raised $1,192,630 and has $728,632.75 cash on hand — all done, his campaign notes, without breaking a sweat.  Since declaring a state of emergency over three months ago, the governor hasn’t held one fundraiser, sent one fundraising email or letter, made one fundraising call, or hired any full-time staff.

Feltes’ Democratic rival, Executive Councilor Andru Volinsky, has raised $467,812 and has just $110,072 cash on hand. However, his campaign is touting the number of individual donors, 8,332, which they say is the largest number ever for a gubernatorial campaign. It’s far higher than the 2,483 donors to Sununu’s 2018 campaign.

“These numbers would be the envy of any candidate for any office in America, and reflect a powerful endorsement of Governor Sununu’s strong and steady leadership during the past three months,” says veteran NHGOP strategist Jim Merrill.