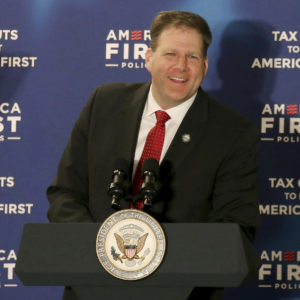 When asked to name three things New Hampshire could do to bring down electricity rates –which are the 3rd highest in the continental U.S.–  state representative and former Public Utilities Commissioner Michael Harrington (R-Strafford) told NHJournal.com:  “Have the Governor veto SB 446, 365 and 577. It will not reduce electric rates but will help keep them from going up even more.”

Rep. Harrington’s wish is going to come true–partially, at least.

Multiple sources close to Gov. Chris Sununu confirm to NHJournal that he has decided to veto at least one of the contentious energy bills the legislature sent him at the end of the session, and is likely to veto two.

The one bill all but certain to escape a veto is SB 577, which protects some $30 million in ratepayer subsidies to the politically-protected Burgess Biomass plant in Berlin.

“The governor has decided to veto at least one of the [energy] bills,” a source close to the governor told NHJournal, and he’s extremely likely to veto two of them.

“We’ve been told to expect at least one more veto –and perhaps more– from the Governor,” a legislative source confirmed.

“If the governor vetoed all three bills, that would be a huge win for New Hampshire ratepayers,” Marc Brown of the New England Ratepayers Association told NHJournal. “It would save customers about $60 million a year.”

That scenario is highly unlikely, however.  The most expensive of the three bills–an estimated $30 million in annual ratepayer subsidies to the Burgess biomass plant in Berlin–is also the most politically protected. Republicans in the legislature like senate majority leader Jeb Bradley (R-Wolfeboro) have adamantly defended the facility, claiming the 900 or so jobs it provides are vital to the region.

“This is an issue about jobs in the North Country,” said state senator Bob Giuda (R-Warren) during a floor debate.  “We don’t need oil from Iraq or natural gas from Texas,” he said. “The wood is ours.”

Energy industry insiders say that, while they believe subsidizing the Burgess Biopower plant is economically inefficient and runs counter to Sununu’s “ratepayers first” strategy, vetoing SB 577 would be politically stupid.

“And Chris Sununu is not stupid,” a Republican political insider told NHJournal.