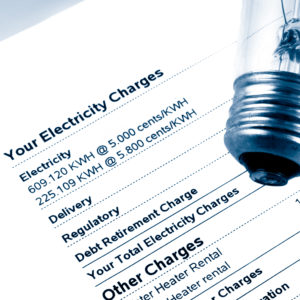 The NH House Science, Energy and Technology Committee is scheduled to take up SB 365 on Wednesday, a bill that would “require require default energy providers – Eversource, Unitil and Liberty Utilities – to purchase power from the state’s biomass plants… at above-market prices. That would cost customers about $30 million, according to one utility estimate,”reports New Hampshire Business Review.

New Hampshire’s residential rate payers already pay the 6th highest rates in the US. Mandating energy providers pay the higher-than-market costs for biomass energy in New Hampshire means those rates will likely go even higher.  “If you vote for this, you can’t say you are unhappy with higher electric rates,” said Sen. Andy Sanborn (R-Bedford) when the senate debated this bill last month.

The bill’s backers say it’s about saving 900 local jobs.  “This is an issue about jobs in the North Country,” said Rep. Bob Giuda, R-Warren.  “We don’t need oil from Iraq or natural gas from Texas,” he said. “The wood is ours.”

Meanwhile Washington continues to promote the biomass industry. Buried in the much-reviled 2018 spending bill was language requiring the EPA and other federal agencies to “establish clear and simple policies for the use of forest biomass as an energy solution, including policies that reflect the carbon-neutrality of forest bioenergy and recognize biomass as a renewable energy source.”  The claim that biomass is “carbon neutral,” however, is widely contested by scientists.

Of more immediate concern to New Hampshire’s electric customers is the impact of state mandates that could drive their bills higher, at a time when the state’s manufacturers are singling out energy costs as a major road block to growth.