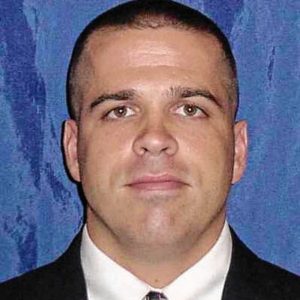 Gov. Chris Sununu told NHJournal he was “shocked to hear” his would-be opponents in the Democratic primary race say they would commute the sentence of convicted cop killer Michael Addison, the only person on New Hampshire’s death row.

During Monday night’s Democratic debate, both Executive Councilor Andru Volinsky and state Sen. Dan Feltes said they believe Addison’s sentence was influenced by racism (Addison is African-American) and that if given the opportunity they would take him off death row.

Minutes after the debate ended, the Sununu campaign sent out a statement highlighting the Democrats’ stance:

“Tonight we heard from two very liberal Democrats running for Governor — both out of touch with New Hampshire — unabashedly support enacting a statewide income tax and commuting the sentence of Michael Addison, a convicted murderer who killed Manchester Police Officer Michael Briggs in 2006. Neither are prepared to lead our state,”  Sununu campaign manager Paul Collins said.

When NHJournal asked Sununu about the Democrats’ views during Tuesday’s COVID-19 presser, he had a swift and passionate response:

“Frankly, I think it sends the absolutely wrong message that when you have a convicted cop killer, you’re going to now decide that you would commute his sentence. I would never support that,” Sununu said.

The day Michael K. Addison killed Michael Briggs was not his first encounter with law enforcement. He had previously pled guilty to armed robbery and assault charges after stabbing a 16-year-old multiple times, and he was later incarcerated on charges of assault with intent to kill and possession of a firearm. Addison was in and out of prison for violent crimes his entire life.

According to Volinsky, however, Addison’s death sentence was in part a symptom of America’s “systemic racism.”

“There is a racist component in each and every death penalty case,” said Volinsky, who has spent 40 years as an attorney attempting to overturn death sentences.

“I think that Addison and a white guy named Brooks were charged with capital murder at almost the same time,” Volinsky said during the debate, referencing the 2008 conviction of millionaire John Brooks for capital murder in the murder-for-hire death of a Derry handyman. “Brooks hired someone, he intentionally killed his victim, while the jury in Addison’s case found that he acted recklessly.”

Therefore, Volinsky argued, Brooks–who was sentenced to life in prison without parole–was more worthy of a death sentence than Addison.

Supporters of the sentence point out that cop killers are more likely to get the death penalty because an assault on the police is an assault on the justice system itself and, some people believe, it’s important to send a message regarding the role of law enforcement by giving severe punishment to those who threaten it.

But if you believe, as both Volinsky and Feltes do, that the justice system is inherently racist, this argument is merely a justification for racial bias.

In reality, this debate may well be moot. The Democratic-controlled legislature repealed New Hampshire’s death penalty law last year, overriding a Sununu veto along the way. It’s widely expected that the courts will step in to prevent Addison from being executed in a state where the death penalty is no longer allowed.

Neither Feltes nor Volinsky responded to requests for comment.