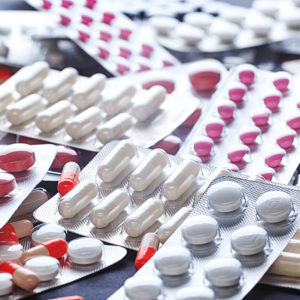 According to a recent report from the Surgeon General, addiction of all sorts is costing the U.S. severely—in both money and lost productivity. The report—the first ever of its kind—looked at the scope and impact of alcohol and drug addiction in the U.S., with the hope of offering treatment advice to medical professionals.

Despite the publicity given to opioids, alcohol remains the most commonly abused substance in the U.S. Statistics say that alcohol use peaked in 2009, when 23.7 percent of Americans over 12 reported binge drinking, and plateaued afterwards. Drug use continues to climb, breaking 10 percent in 2014. This sort of use is not without negative effects. Drugs not only kill, they cost.

A study performed by the CDC in 2015 found that substance abuse costs the country more than $400 billion each year in lost productivity and crime, as well as increased healthcare costs. In addition to this, substance use claims tens of thousands of lives. Alcohol contributed to 88,000 deaths in 2014, or roughly one in ten deaths among working adults. An additional 47,055 people died from drug overdose, with more than half of these being opioid overdoses.

Opioids are certainly a growing public health and safety problem and receive a great deal of attention from lawmakers and the press. Still, the abuse numbers pale before those for alcohol abuse. Despite increases in other substance abuse, alcohol remains the most popular chemical substance in part because, unlike most drugs, it is legal.

“The opioid crisis has certainly received a lot of attention, and it is certainly tearing apart families and costing us in terms of lives lost and health care dollars. But in terms of actual cost, we lose the most lives and suffer the most costs from alcohol related disorders and alcohol related addiction,” Surgeon General Dr. Vivek Murthy told NPR.

Given the size of the problem, treatment statistics are sobering. Most people struggling with substance abuse do not receive any sort of treatment for their abuse problems.

“Although 20.8 million people (7.8 percent of the population) met the diagnostic criteria for a substance use disorder in 2015, only 2.2 million individuals (10.4 percent) received any type of treatment,” the report says.

The report’s focus on treatment, rather than punishment, reflects its finding that addiction numbers are a reflection of complex biological and social determinants. The best solution, it stresses, would be a variety of public health approaches, starting with a move to take drug use out of the public safety sphere to treat it in a manner more akin to mental illness.

In the report, the Surgeon General’s plan balances treatment suggestions with recommendations on how to stop more people from developing dependence or addiction. The report specifically credits “over-prescription” of powerful painkillers for “a rapid escalation of use and misuse of these substances,” which increased addiction deaths four-fold in 15 years.

According to the report, attempts to control this sudden increase, including systems to monitor for inappropriate prescriptions, have so far been inconsistent. In making its recommendations, the report acknowledges that these medications have legitimate uses.

Certainly, opioid addiction and abuse remains a serious problem in the U.S. At the same time, a strong majority of patients prescribed opioid painkillers say that the medicines are effective. A Washington Post/ Kaiser Family Foundation poll taken this fall asked various questions about painkiller effectiveness and abuse to people who had taken prescription opioids for at least two months sometime in the last two years.

The patients overwhelmingly acknowledged that the abuse of painkillers was a serious problem (84 percent-12 percent). Still, their general opinion of the drugs were overwhelmingly positive. A plurality of the respondents (44 percent) were taking the medicines to treat chronic pain. Fifty-seven percent of those polled said that their quality of life was better with the medications.

Even higher percentages of people said that taking the medication had had no negative effects on either their personal relationships or their finances. In fact, users stressed that the availability of pain management medications had a generally positive impact on their ability to do their jobs and live their lives.

The survey also found that most people who no longer needed the drugs to manage pain stopped taking them. Instead of becoming dependent on the drugs, 60 percent of those who had taken prescription painkillers, but who were no longer taking them, cited not needing the medication as a reason they stopped. A similarly high percentage feared addiction. It’s a significant concern, since 31 percent say they are dependent, though not addicted, to the drugs.

U.S. drug policy in coming years will need to balance these two sets of statistics, ensuring that those patients who need long-term pain medication will have access to these drugs, while at the same time preventing them from falling into the hands of addicts.