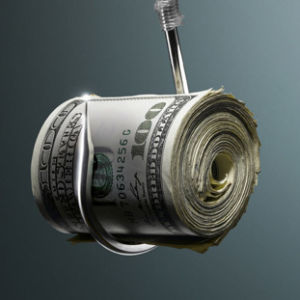 The Big Short and the Bigger Myth About Fannie and Freddie

It was inevitable that “The Big Short,” the screen adaptation of Michael Lewis’s book on the 2008 financial crisis would reopen yet again the debate about what caused and exacerbated the catastrophic collapse.  However, Peter Wallison’s assertion in an op-ed yesterday on InsideSources that it was entirely Fannie Mae and Freddie Mac’s fault just doesn’t hold up.

I consider Peter a friend and respect his intellect. That is why his dismissal of the film as Hollywood fiction is dismaying to me.  To be sure, any time Hollywood takes up current or historic events there will be artistic license that audiences should keep in mind. However, the central premise of the book and film version of The Big Short, that greed and reckless gambling by private sector investors was a driving force of the market meltdown, is correct. Wallison has it backward when he contends that Wall Street’s actions were subordinate to the policies of Fannie Mae and Freddie Mac in precipitating the crisis.

This much is true. In the mid-1990’s, after weak legislative reform of the Government Sponsored Enterprises (GSEs) Fannie Mae and Freddie Mac, these firms began to subordinate their historic and effective public roles as countercyclical providers of liquidity to the mortgage market and began to place profit growth ahead of their utility mission. Still, it was not until the Wall Street banks ramped up their private label securitization and the GSEs began losing market share in 2004 that they lowered their standards and became meaningfully exposed to questionable loans.  However, the GSEs neither originated the subprime loans at the heart of the crisis. In fact, it was not until the crisis was upon us, when Secretary Paulson forced the GSEs to step in and absorb some of the worst loans made by Wall Street (in an effort to protect the systemically-risky, Too-Big-to-Fail banks that had led the race to zero) that the GSEs began taking meaningful losses on low-quality mortgages. You can thank mortgage bankers and other market players for these products.

If one looks at the delinquency and default levels of agency loans versus the overall market in 2009, once the dust had settled, it was clear that Fannie and Freddie were actually not the chief culprits in the disaster.  Fannie’s inventory of loans considered seriously delinquent amounted to three percent of outstanding loans and Freddie’s inventory of such loans was a mere 2.3 percent.  Meanwhile, subprime adjustable rate mortgages (ARMs) represented 34 percent of the outstanding loans. Overall, subprime loans made up 23 percent of the mortgage debt in the market.

It is true the GSEs, as a result of their indispensable role in buying up and packaging loans for resale to create liquidity, were major players in the mortgage market. However, this actually turned out to be a good thing. On a blended basis, serious delinquencies in the market overall were just over six percent of the country’s mortgages at the time. In essence, it was the banks that underwrote mortgages they never should have been offered in the first place. That is why they were fined by the Justice Department.

In his commentary of the movie, Wallison explains how misguided actions by Congress and Administrations beginning in the 1990s muddled the missions of Fannie and Freddie. On this, there is some common ground in our perspectives. As I warned in my 2001 paper, “Housing in the New Millennium: A Home Without Equity Is Just a Rental with Debt,” and also pointed out in a recent paper, the savings and loans crisis of the late 1980s prompted the creation of a split-regulatory framework and dual mission for the GSEs.  The situation was compounded when international regulatory changes brought more capital and more leveraged risk into the mortgage marketplace through changes in treatment of private label mortgage-backed securities. By 2007, a murky mission for the GSEs and their exposure to private-market arbitrage did indeed put them on unsteady footing. However, the conclusion one should draw from this chain of events is that Fannie and Freddie reflected a breakdown in the system but did not cause the breakdown.  This, by the way, was the conclusion of the National Commission on Causes of Financial and Economic Crisis, on which Wallison served. “We conclude that these two entities contributed to the crisis, but were not a primary cause. Importantly, GSE mortgage securities essentially maintained their value throughout the crisis and did not contribute to the significant financial firm losses that were central to the financial crisis,” the majority of bipartisan commissioners wrote. Granted, Wallison dissented so he deserves some credit for consistency. However, subsequent developments raise new concerns that should cause anyone to rethink what to do going forward.

Leading up to the crisis, I was concerned about the GSE’s credit risk and Wallison was concerned about liquidity risks. Then, as now, I believed the implied government backstop needed to be backed up and paid for while Wallison insisted a better solution would be dismantle the GSE’s altogether and privatize their function.

However, what concerns me more today is that there is increasing concentration in our financial system and a significantly increased implied government guarantee behind our largest banks. Eight years after Too Big to Fail became part of our financial lexicon, five banks control 40% percent of the country’s total deposits and the number of other large banks (over $10 billion in assets) has grown from 76 in 2000 to over 100 today. Those other large banks now hold another 40% of U.S. deposits. All of this has occurred as the number of small banks (who are typically more responsive to their local market customers) hold only 20% of deposits and have declined in number from 8,200 in the year 2000 to 5,900 today. These behemoths have significant advantages over the other 3,500 banks in the U.S.  If we dismantled Fannie and Freddie, these banks would be the biggest beneficiaries.  In Wallison’s insistence that Fannie and Freddie caused the financial crisis, he overlooked the myriad acts of irresponsibility by Wall Street and other private sector actors and omitted any mention of what could happen if we concentrated mortgages in huge banks.

The Big Short tells a story in cinematic style and so it is reasonable to pick apart various scenes and portrayals and the suggestion that only a handful of people saw the crisis coming. But it is not purely a work of fiction or fantasy. Peter Wallison’s assertion that blame for the 2008 financial crisis rests primarily with Fannie and Freddie is.