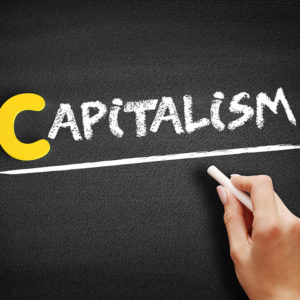 The Business Roundtable and ‘Stakeholder Capitalism’ — a Retrospective

Posted to Finance September 03, 2020 by Thomas A. Hemphill

On August 19, 2019, the Business Roundtable, an association consisting of nearly 200 chief executive officers of America’s leading companies, announced a new organizational “Statement on the Purpose of a Corporation” (and signed by 181 CEOs). This statement outlines a “modern standard for corporate responsibility,” one that can be characterized as embracing “a fundamental commitment to all our stakeholders,” including customers, employees, suppliers, communities (including the natural environment) and shareholders, to firm success.

This statement has been referred to as a radical new vision of the role of stockholders when compared to its September 1997 “Statement on Corporate Governance”: “The paramount duty of management and of boards of directors is to the corporation’s stockholders; the interests of other stakeholders are relevant as a derivative of the duty to stockholders.”

Yet, back in October 1981, the Business Roundtable issued its “Statement on Corporate Responsibility” that identified seven constituencies it deemed critical to the success of publicly traded corporations: customers, employees, financiers, suppliers, communities, society-at-large and shareholders. According to the Business Roundtable (at that time), these seven constituencies form “the web of complex, often competing relationships” within which corporations operate.

In this 1981 “Statement,” the Business Roundtable recognized that “shareholders have a special relationship to the corporation” and “they must receive a good return, but the legitimate concerns of other constituencies also must have the appropriate attention.”

The one-year anniversary of the “Statement on the Purpose of a Corporation” has brought a range of commentary. In an op-ed written by Joshua Bolten, CEO of Enterprise Roundtable, in The Wall Street Journal (“A Good Year for Stakeholder Capitalism,” August 18), he argues favorably that “firms have held to their commitments. Even earlier than before COVID-19 hit, many Roundtable firms had been making substantial investments in employee coaching, higher wages and advantages, and assistance for struggling communities.”

Contrarily, Lucian Bebchuk and Roberto Tallarita, director and associate director, of the Harvard Law School Program on Corporate Governance, published an op-ed in The Wall Street Journal (“‘Stakeholder’ Capitalism Seems Mostly for Show,” August 7), where they reported on their study results on the companies that signed the 2019 Business Roundtable “Statement.” Of the 48 companies responding to their survey, only one said the decision was approved by the board of directors.

What is Bebchuk and Tallarita’s conclusion? “Notwithstanding statements to the contrary, corporate leaders are generally still focused on shareholder value. They can be expected to protect other stakeholders to the extent that doing so would not hurt share value.”

Likewise, Oren Cass, executive director of the think tank American Compass, writes in an op-ed on the anniversary of the 2019 Business Roundtable “Statement” in the Washington Examiner (“How Corporate Actual Responsibility, not Social Responsibility, Would Look,” August 19) that “strategic commitment is not something merely announced. It requires a timeline, milestones, resources and, most importantly, tangible targets and ongoing measurements. No such visible or tactical steps have been taken.”

As a remedy, Cass recommends that the Business Roundtable first, establish clear priorities focused on the corporation’s role; second, measure and disclose its stakeholder priorities, as the Business Roundtable’s membership “has the scale and expertise to establish and report standardized metrics that would allow the public to evaluate the performance of their firms”; and third, support legislative reforms, including “nationwide action to restrict anti-competitive practices such as non-compete and no-poach agreements, afford workers representation on corporate boards, and prevent abuse of the H-1B visa system.”

Management’s chief responsibility is to create value, and whether that value is delivered and measured by stakeholders against their standards. “Value creation” is an output of the network of stakeholders that choose to participate in the open system managed by the corporation’s executives. This Business Roundtable 2019 “Statement” is a public recognition of how managers actually practice their profession — that working knowledge that embodies their managerial philosophy rather than a “radical new vision” of stakeholder capitalism.

Yet, how they deliver value to their stakeholders is a managerial prerogative that is unique to each corporation, and thus evolutionary and distinctly adaptive in application — not simply applied formulaically to each or all stakeholders.

Moreover, there is abundant evidence of greater “satisficing” of stakeholder demands practiced by managers and boards of directors, all within the latitude provided by the existing state-based, corporate governance legal framework.

When it comes to the question of transparency in corporate stakeholder performance, it is the equal responsibility of participating stakeholders in each corporate network to demand such performance data from management, as well as for the corporation’s executives and directors to provide timely, accurate public reporting.