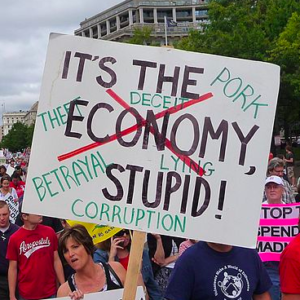 The Days of ‘It’s the Economy, Stupid’ Are Over?

InsideSources Politics Editor Michael Graham recently appeared on long-running Sunday news show Face The Nation to discuss President Trump’s trade war, the economy and its likely impact on the 2020 presidential election. Graham, a former GOP political consultant, argued that, thanks to Donald Trump, the era of ‘It’s the Economy, Stupid,’ are over.