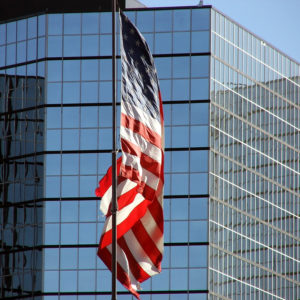 The Global Emergence of National Industrial Strategy — and America’s Response

In February 2019, the German government announced its new “National Industry Strategy 2030,” which follows the United Kingdom’s release in November 2017 of its “Industrial Strategy.”

The long-term success and survival of existing national champions, such as Siemens, Thyssen-Krupp, automotive manufacturers and Deutsche Krupp are considered “in the national political and economic interest” of Germany.

Under the German National Industry Strategy, in “very important cases” involving national security risks (including protection of critical infrastructure), the German government will be able to purchase (for a restricted period) company shares to prevent acquisition by foreign competitors. In addition, the German government wants a review and possible reform of existing subsidy and competition law, allowing for time-limited subsidies in areas of innovation having a high impact on the economy, as well as company mergers in sectors where size is an absolute necessity for future global economic success.

What is the German government’s end game? For the European Union to agree on a joint industrial strategy building upon the strategies of the most important EU industrial countries.

The U.S. government has not been idle as to developing a national industrial strategy. In February 2012, the National Science and Technology Council, Executive Office of the President, published a “National Strategic Plan for Advanced Manufacturing.”

In December 2014, President Barack Obama signed into law the “Revitalize American Manufacturing and Innovation Act of 2014” that directed the president to create a national manufacturing strategy every four years, beginning in 2018. In October 2018, the Trump administration, through the Subcommittee on Advanced Manufacturing, Committee on Technology of the National Science and Technology Committee, released its quadrennial report Strategy for American Leadership in Advanced Manufacturing, addressing the progress made in achieving the objectives from the 2012 report.

The 2018 report highlights the various federal government programs that have been successful since the first report in promoting technology development and transfer to manufacturers, workforce development, and public-private partnerships through the Manufacturing USA Institutes, National Institute of Standards and Technology Manufacturing Extension Program, among other programs.

In addition, the federal agencies participating in the National Science and Technology Council’s Subcommittee on Advanced Manufacturing have coordinated (and continue to coordinate) their investments and oversight of the 14 regional Manufacturing USA Institutes, all of which have been added since the release of the 2012 report.

Also in the 2018 Trump administration report, the National Science and Technology Council presents its “vision for American leadership in advanced manufacturing across industrial sectors to ensure national security and economic prosperity.” To this end, the council has identified three goals, each implementing corresponding objectives across Federal agencies. The first goal is to develop and transition new manufacturing technologies; the second goal, educate, train and connect the manufacturing workforce; and the third goal, expand the capabilities of the domestic manufacturing supply chain, with the primary focus on developing small and medium-sized businesses.

However, for the national manufacturing strategy to work, and for the U.S. to maintain and improve its standing as a global leader in manufacturing innovation, requires its implementation.

With this support of the American public in mind, the Washington-based Information Technology & Innovation Foundation, in its February 2019 Tech Policy To-Do List, suggests two significant manufacturing sector policy recommendations that are capable of garnering sufficient bipartisan support in a divided 116th Congress. First, pass a version of the “Made in America Manufacturing Communities Act,” which focuses federal economic development funds on encouraging American communities to transform themselves into globally competitive manufacturing hubs. Second, Congress should increase funding for the creation of additional Manufacturing USA Institutes. In this case, helping small- and medium-size American manufacturers compete globally may just be the common ground necessary for a civil dialogue in Washington.