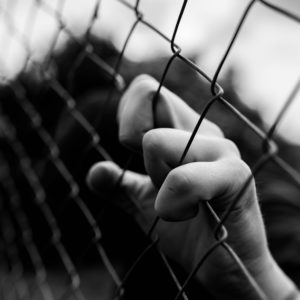 The Higher Education Act, first passed in 1965, established financial aid for college-bound students. Over time, lawmakers have changed the HEA’s provisions according to the shifting needs of students and political trends. For example, the Violent Crime Control and Law Enforcement Act of 1994 amended the HEA to exclude incarcerated students from receiving a specific form of federal student aid known as Pell Grants, which are awarded to students in dire financial need to allow them to pursue higher education.

Right now on Capitol Hill, lawmakers are negotiating an HEA reauthorization. Using this opportunity to reinstate Pell Grant eligibility for incarcerated students would go a long way toward offsetting the injustices stemming from an old crime control bill that has done little to actually reduce crime.

The Bureau of Justice Statistics reports that 95 percent of all state prisoners will eventually be released. And of those, 68 percent will be re-arrested within three years. Unfortunately, the inability to find employment due in part to lack of education — which, in turn, makes it more difficult to secure housing — can lead a formerly incarcerated person directly back into a familiar cycle of criminal activity.

Clearly, current prison programming is not as effective as it could be in reducing recidivism rates. However, research is finding that prisoner access to postsecondary education is key to decreasing recidivism. One study in particular found that earning a postsecondary degree while incarcerated can reduce an individual’s chance of re-arrest by 14 percent and their chance of returning to prison due to a new offense by 24 percent.

Expanding educational opportunities within prisons can also counteract the inherently oppressive nature of detention facilities. We all know that prisons can be dehumanizing. Yet education has a transformative power to counteract this dehumanization by changing an incarcerated person’s outlook on life. Building confidence through learning can boost prisoners’ self-esteem and provide them with the sense of human dignity that every person deserves. The more opportunities incarcerated individuals have to participate in such programs, the better chance they have of succeeding once they are released.

Dehumanizing prison conditions and barriers to successfully re-entering society are difficult challenges to overcome. But if we are to ensure that incarcerated people are prepared to return to their communities once they are released, investing in their higher education represents a significant step toward that goal.

Discussing criminal justice reform through the lens of educational reform might seem odd at first, but after short study, it is easy to see how increasing access to higher education in prisons can benefit not only incarcerated students preparing for a world beyond bars, but business owners searching for more educated employees and communities seeking increased public safety.

Twenty-five years ago, a now-infamous crime bill helped lay the groundwork for mass incarceration and high recidivism rates. Legislation like the Fair Sentencing Act and the FIRST Step Act took aim at those mistakes. Now, the reauthorization of the HEA presents a new opportunity to correct the misguided policies of our past. Lawmakers should seize it as quickly as possible.