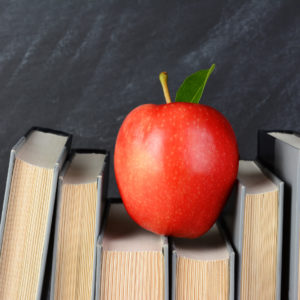 Posted to Education September 27, 2021 by Aaron Garth Smith
With the new school year underway, parents across the country are once again grappling with a public education system that has been a colossal failure during the COVID-19 pandemic. According to the National Center for Education Statistics,1.5 million students left public K-12 schools in the 2020-21 school year to pursue other education options, in part because politicians, unions, and school district officials often made politically motivated decisions to block in-person learning options. This year, unresponsive public school districts have been desperate to lure those kids—and taxpayer funding—back.

States primarily fund schools based on student enrollment numbers, so after decades of administrative bloat, public schools may face budget cuts or rising deficits if they fail to earn back the trust of parents. For example, Los Angeles Unified School District, which was already losing students before the pandemic, lost 21,000 students last year. If that decrease in enrollment is permanent, the district would expect to get approximately $250 million less in state funding than it otherwise would receive. For LAUSD, a district that has increased its non-teaching staff positions by 17 percent since 2014 and was already facing severe long-term budget and pension challenges, rising costs coupled with decreasing enrollment are a recipe for financial disaster.

Meanwhile, public schools are facing competition like never before. Pre-pandemic, public schools were the only thing that most families knew. Today, however, millions of families have experienced the benefits and flexibility of homeschooling, online schools, small pods, and private schools.

With so many public schools being slow to reopen for in-person learning last school year, an astounding 11.1 percent of families are now homeschooling—more than double April 2020 levels, according to the Census Bureau. And a survey of parents by Tyton Partners finds approximately 1.3 million students are enrolled in micro-schools or pods, in which small groups of students learned together in homes or community centers with the help of a teacher.

Public schools have long failed to close the achievement gap between high-income and disadvantaged students. But the pandemic has prompted middle-class families to increasingly recognize the shortcomings of the system as well. Last year, California’s public schools lost 160,000 students, half of whom were White and mostly middle and upper-class, according to the state’s Department of Education. Surveys show the homeschooling boom was driven in large part by families making between $35,000-$150,000 annually and this demographic also accounts for nearly half of families participating in learning pods.

Even state legislators are noticing these trends. Eighteen states have recently adopted or expanded school choice programs. Now, states should modernize education funding systems so all families—even those who stay enrolled in local public schools—have access to more educational options.

Education savings accounts, already implemented in states like Florida and Arizona, allow parents to use a portion of state education funding to purchase educational services from multiple providers such as tutors, special education therapies, and other programs. West Virginia’s Hope Scholarship Program gives parents access to education funding to pay for educational expenses like transportation costs, extracurricular activities, tutoring, and more. Similarly, Idaho’s Advance Opportunity Program provides families with a fixed amount for students in grades 7-12 to spend on enrichment opportunities, such as advanced courses and professional certifications.

It’s clear that many parents and students don’t want to go back to the failed status quo. To win back families, public education dollars should be unbundled so families can personalize their kids’ educations. If the pandemic has taught us anything about public schools, it’s that parents, not bureaucrats, are looking out for students.

Aaron Garth Smith is the director of education reform at Reason Foundation. He wrote this for InsideSources.com.