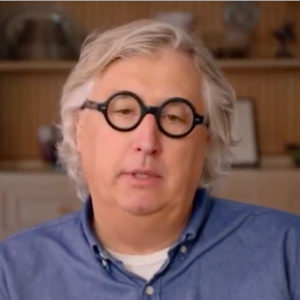 That ad is powerful. It’s emotionally moving. And it’s also based on a lie.

When Sundstrom says paid time off “would have meant the world to me,” he’s leaving out the fact, first reported by the Union-Leader, that he in fact did have paid leave during his wife’s illness. And Molly Kelly knew it the entire time.

“The star of an attack ad from Democratic candidate for governor Molly Kelly about paid and family leave received roughly seven weeks of paid time off to care for his terminally ill wife, the Union Leader has confirmed.”

In fact, Sundstrom’s employer–the Currier Museum– “provides all full-time employees with paid time off for family matters,” they said in a statement. “Because of the Currier’s dedication to our employees, we went beyond our standard leave policy or what was mandated by law to allow that employee as much paid time off as needed.”

Nobody wants to criticize Mr. Sundstrom, who lost his wife to cancer. But what about Molly Kelly, who knew Sundstrom was given paid time off by his employer but ran the ad anyway?

On their website right now, the Kelly campaign still claims, falsely, that “Sundstrom’s employer did not offer paid family and medical leave and the family, having once relied on two incomes, could not afford to have Sundstrom take any unpaid leave.”  And during a recent radio interview, Kelly herself repeated the false claim that “No. He did not [get paid leave].”

Remember when Molly Kelly was telling New Hamsphire “Don’t underestimate me?”  Did anyone believe she and her campaign were capable of this?