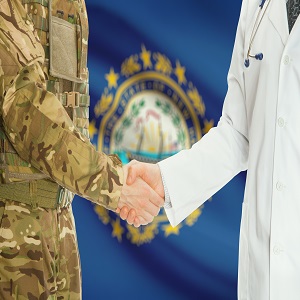 Timeline of the Uphill Battle to Reform Manchester’s VA Clinic

President Donald Trump made reforming the Department of Veterans Affairs a primary goal of his presidency, turning 2017 into a watershed year for military servicemen across the nation, especially those in New Hampshire.

Ahead of Veterans Day, NH Journal compiled a timeline of the events and subsequent changes affecting the Granite State’s only hospital for military veterans. This list highlights the federal response to a controversy which has courted public outrage and generated controversy regarding the quality of health care provided at the Manchester VA Medical Center.

The exposé detailed substandard conditions at the four-star Manchester VA Medical Center, including flies in operating rooms as well as “sterile” medical instruments with blood or rust on them.

According to the report, several spinal patients became permanently disabled due to unnecessary surgeries while some lung cancer patients were unable to make appointments with the oncologist for weeks.

The report contrasted the praise given to the medical center by VA last year, as the facility was upgraded from three to four stars.

Hours after the report was published, Shulkin removed Danielle Ocker, the director of the Manchester VA Medical Center, as well as her chief of staff, Dr. James Schlosser, pending an internal investigation.

Days after announcing the investigation into problems at the medical center, five pipes burst which caused flooding and severe water damage at the facility. The first two floors were not affected, but 250 veterans with appointments had to reschedule with the department.

Officials said it would take two to four weeks to return to normalcy.

Alfred Montoya, less than two weeks into the position as acting director, addressed concerns from Granite State veterans while saying the culture would be overhauled, just not immediately.

In his first visit to Manchester, Shulkin announced the firing of Carol Williams, the third official to be removed in the aftermath of the Globe‘s reporting.

Shulkin also promised a $30 million investment to upgrade the medical center, though it was approved earlier in the year for several purposes prior to the scandal breaking.

Despite the announcement of an investigation and the removal of three top officials, 11 whistleblowers testified to the House Committee on Veterans Affairs the current reforms in Manchester are not enough.

The VA announced an additional $5 million to hire appropriate leadership for the medical center’s staff.

Whistleblowers criticized the leadership in New Hampshire as well as the regional VA structure in Boston, which allegedly ignored concerns raised about the medical center as early as 2015.

In keeping with his pledge to make tough choices, Shulkin removed Michael Mayo-Smith, chief executive of the New England VA health care system, as co-chairman of the VA’s task force to update the Manchester VA.

After prompting from the testimony of 11 whistleblowers and the state’s congressional delegation, Shulkin made the move to dismiss the controversial VA leader.

Shulkin chose Dr. Jennifer Lee, one of his senior advisers, to replace Mayo-Smith.

Hassan is sponsoring the Deborah Sampson Act, which aims to reduce the gender gap in funding for health care services to veterans. The senator also called on the VA to embrace modernization in order to provide adequate care and treatment options for veterans in New Hampshire.

In early October, Rep. Carol Shea-Porter authored a letter to the VA in an effort to broker an agreement for a joint program to provide community-based therapy services at the Manchester VA Medical Center.

At the start of November, Shea-Porter confirmed an agreement had been reached.

The first meeting aimed to address several factors, including “mental health, surgery, women vets, and a VA culture change,” while the second meeting focused on “examinations of primary care, rehabilitation, and geriatric and extended care services.”

Dr. James Schlosser, former chief of staff in Manchester, was hired to temporarily work at a VA clinic in the Lakes Region, according to a report from the New Hampshire Union-Leader.

The return of Schlosser, confirmed by a VA spokesperson, invoked a negative reaction from some in the state’s veteran community only months after the public became aware of the Manchester scandal.