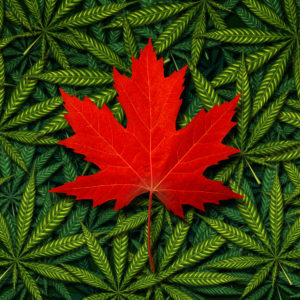 Sober or safe ride home programs have become quite common. In many cities, major holidays such as Saint Patrick’s Day, the Fourth of July, and Halloween include programs to keep inebriated drivers off of the streets by providing subsidized taxi or public transportation rides. For the most part, these programs have focused on the harms of drunk driving. In Toronto, however, one pro-cannabis group is expanding the process and plans to hand out 2,000 free metro tokens to smokers lighting up Dundas Square in downtown Toronto.

“As an authority in the Canadian cannabis industry we’re excited to do our part to raise awareness and advocate for informed and responsible consumption,” said Matei Olaru, CEO of Lift, an online community for Canadian cannabis users.

“Making better choice around cannabis involves putting your money where your mouth is,” he continued.

Olaru stresses that he and his group hope that the free metro tokens will help foster a discussion about intoxicated driving. The goal of the program is not just fewer accidents, but better understanding of how marijuana can be used recreationally without becoming a safety risk.

“The best solution is education,” he said.

The free metro tokens giveaway is of even greater importance since the government introduced legislation on Thursday to legalize buying, selling, and smoking marijuana.

Both in American states that have legalized marijuana and in Canada, impaired driving has been a significant safety concern. Unlike with alcohol, no breath-based test for marijuana currently exists. Since cannabis is metabolized differently depending on if it is ingested or smoked, a person may be high without any detectable cannabinoids in their breath.

Canada has been studying state-level cannabis decriminalization as it works to phase in its own legalization measures. Medical marijuana has been legally available in Canada since 2003. When he took office in November, Prime Minister Justin Trudeau created a task force to discuss legalizing recreational cannabis. This task force studied how best to legalize marijuana while addressing concerns about drug use by minors, intoxicated driving, and taxation of cannabis sales.

Trudeau first discussed potential legalization while campaigning this summer. At the time, he argued that the prohibition model did little to prevent young people from getting marijuana and also resulted in “billions upon billions of dollars flowing into the pockets of organized crime, street gangs and gun-runners.”

“I have no doubt that Canadians and entrepreneurs will be tremendously innovative in finding ways to create positive economic benefits from the legalization and control of marijuana, but our focus is on protecting kids and protecting our streets,” Trudeau said in June.

Out of all of these issues, impaired driving is a top concern for many Canadians. A survey by the Canadian Automobile Association taken before the introduction of the legalization bill found that 67 percent of drivers were concerned about drivers being high behind the wheel.

The government has attempted to ameliorate these concerns by introducing measures to overhaul Canada’s impaired driving laws. Under the proposed changes, police officers will no longer need a reasonable suspicion that a driver has been drinking in order to demand a breath sample. Officers would also be allowed to take “oral fluid samples” from drivers suspected of driving under the influence of marijuana.

“If it passes Parliament [it] will be one of the strongest impaired-driving pieces of legislation in the world,” Justice Minister Jody Wilson-Raybould told reporters after the legislation was introduced.

The Canadian government hopes to pair legalization with an aggressive campaign against impaired driving. As several U.S. states have discovered, however, testing for marijuana intoxication is more difficult than a drunk driving test.

“Unlike the approved screening device for alcohol, which gives results in seconds that reliably indicate blood-alcohol concentration,” said a Justice Ministry spokesperson, “drug screeners take eight to 10 minutes to indicate presence of a drug in oral fluid. In addition, unlike with alcohol, the concentration in oral fluid cannot be converted to concentration of the drug in the blood.”

These realities make the issue of responsible consumption and safe driving all the more important. Events like Lift’s giveaway of free metro tokens highlight the need to consider safety while enjoying marijuana recreationally. It also shows how the cannabis industry itself is working to foster these habits in users in a fashion akin to the promotion of designated drivers to prevent drunk driving.