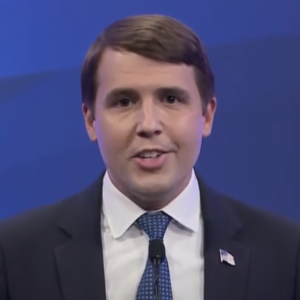 Republican House Minority Leader Rep. Kevin McCarthy (R-Calif.) has sent a letter to Rep. Chris Pappas challenging him to keep his word on getting a COVID-19 relief bill out of the House.

“On September 27, nearly two months ago, you signed a letter to Speaker Nancy Pelosi stating: ‘It is our request that you continue to negotiate towards a bipartisan deal. Otherwise, a discharge petition is the only potential option for COVID-19 related action on the House Floor,” McCarthy wrote to Pappas and 22 other Democrats who signed the letter to Pelosi. “As we know, no bipartisan deal has yet been reached.”

Pappas and his fellow Democrats wrote Pelosi in September after the Speaker repeatedly blocked “a compromise COVID-19 relief package that provides direct support to small businesses, supports local law enforcement and public safety, bolsters our health care system, and helps Granite State workers,” as Pappas described it at the time.

“Pappas called on leaders of both parties to end the political game-playing and gimmicks and get a bill done,” a press release from the New Hampshire Democrat’s office said.

No, McCarthy says, the moment for Pappas to keep his pledge and pass COVID-19 relief has arrived.

According to reporting by the Daily Caller, McCarthy’s office hand-delivered the letters on Friday, after Democrats in the House blocked a Republican-led move to reconsider a coronavirus relief bill yet again on Thursday. McCarthy’s letter asks the 23 Democrats to negotiate with Republicans in order to work out a bipartisan coronavirus package.

McCarthy’s letter challenges Pappas and his fellow Democrats to back up their commitment to COVID-19 relief and use the discharge petition they referenced in September.

“Perhaps more discouraging is that even after Speaker Pelosi failed to secure a deal before recessing the House ahead of the election, you did not live up to your word to sign Representative Jaime Herrera Beutler’s Paycheck Protection Program (PPP) discharge petition. This legislation would free up $137.5 billion of unspent PPP funds. It would allow small businesses to take a second PPP loan and extends the PPP deadline until December 31, 2020,” McCarthy wrote.

If 218 House members sign a discharge petition, they can force a bill onto the floor, where it will be debated and ultimately voted on. The procedure was put into place to give the majority the power to go around a speaker abusing her authority to keep legislation from reaching the House floor.

As COVID-19 test rates spike and hospitalizations increase, more states are ordering or considering lockdowns. In the past week, Michigan and Washington state have entered partial lockdowns. On Friday, NH Gov. Chris Sununu imposed a statewide mask mandate for the first time.

As a result, there is growing pressure for Washington to pass COVID-19 relief sooner rather than later.

“Well, it’s not too late to make a difference,” Senate Majority Leader Mitch McConnell said on Thursday. “Republicans stand ready to deliver this urgent aid. Let’s fund all the programs where there is not any real disagreement,” he said.

If Pappas and his fellow Democrats follow through and sign the discharge petition, the House could have the COVID-19 relief approved and sent to the Senate in just a few hours.

“To no surprise, Chris Pappas promised in the heat of an election to hold Nancy Pelosi accountable only to then silently sit by once the election passed,” said Joe Sweeney with the NHGOP. “Now that the election is over, Pelosi continues to block critical legislation and partisan Pappas is nowhere to be found. Granite Staters deserve better. Chris Pappas needs to follow through on his word and work across the aisle to deliver relief for Granite State small businesses and families.”