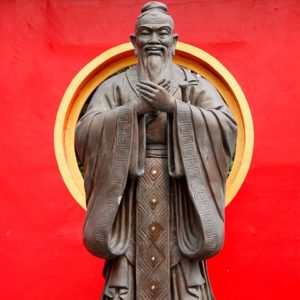 While schools may or may not reopen in the fall, one thing is certain — many of Communist China’s propaganda programs in American schools and colleges will likely close down, courtesy of strong new accountability measures set forth by the Trump administration.

China bills its Confucius Institutes as innocuous Chinese language and cultural centers based at U.S. universities. There are also Confucius Classrooms for K-12 schools. Both programs are staffed with teachers from China.

The State Department estimates that there are 65 Confucius Institutes operating at U.S. universities, while there are around 500 Confucius Classrooms in K-12 schools. Far from being mere conduits of academic exchange and goodwill, these Confucius programs have operated as propaganda arms of the Chinese Communist Party.

The State Department concurs and recently described the Confucius Institutes as designed to “push out skewed Chinese language and cultural training as part of Beijing’s multifaceted propaganda efforts,” which are funded by the Chinese government and “under guidance from the CCP’s United Front Work Department.”

Based on his department’s findings, Secretary of State Mike Pompeo says that China “has taken advantage of America’s openness to undertake large scale and well-funded propaganda efforts and influence operations in this country” and that Confucius Institutes are “part of the Chinese Communist Party’s global influence and propaganda apparatus.”

The State Department, in mid-August, designated the Confucius Institute U.S. Center as a foreign mission of the Chinese government, which Secretary Pompeo says will recognize the Confucius Institute program for what it is: “An entity advancing Beijing’s global propaganda and malign influence campaign on U.S. campuses and K-12 classrooms.”

While the State Department’s action does not order the closure of Confucius Institutes, it will require greater transparency by forcing the institutes’ headquarters in America to provide information about Chinese citizens working for the institutes, plus recruiting, funding, and operations in the U.S.

The new required transparency and the resulting information will act as disincentives for U.S. schools and universities to host the Institutes.

Lest one think that the Trump administration is just saber-rattling in an election year, independent analyses support the “malign influence” of the Confucius Institutes.

According to the National Association of Scholars (NAS), a higher education reform organization which conducted an in-depth study of the Confucius Institutes, “These Institutes avoid Chinese political history and human rights abuses, portray Taiwan and Tibet as undisputed territories of China, and educate a generation of American students to know nothing more of China than the regime’s official history.”

The American Association of University Professors, hardly a conservative organization, has pointed out: “Most agreements establishing Confucius Institutes feature nondisclosure clauses and unacceptable concessions to the political aims and practices of the government of China.”

Like the NAS, the AAUP warned: “Specifically, North American universities permit Confucius Institutes to advance a state agenda in the recruitment and control of academic staff, in the choice of curriculum, and the restriction of debate.”

In addition to the actions of the Trump administration, legislation directed against the Confucius Institutes has recently passed the U.S. Senate.

In the last several months, there have been highly publicized arrests of Chinese military officers posing as civilian researchers at U.S. universities.

But as the State Department’s actions against the Confucius Institutes indicate, these arrests are just the tip of the iceberg of China’s efforts to infiltrate America’s education system.

Lance Izumi is senior director of the Center for Education at the Pacific Research Institute and former president of the Board of Governors of the California Community Colleges. He wrote this for InsideSources.com