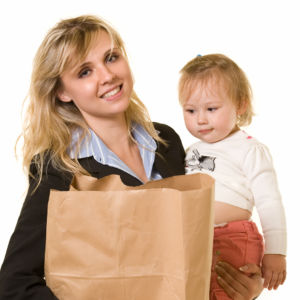 Donald Trump mentioned paid parental leave in his recent address to Congress, stating that his administration wanted to work “to make child care accessible and affordable, to help ensure new parents that they have paid family leave.” It was an encouraging sign for a coalition of pro-family and women’s rights groups. These groups have long lamented that the United States is alone among advanced economies in not offering universal paid parental leave. Trump’s advocacy of the program shows that parental benefits are becoming an increasingly bipartisan issue. Proponents of the idea still frequently fail to consider the impact mandatory benefits would have on employment and promotion for young women.

Paid family leave has long been a goal of liberal groups, which hope that such a program would benefit low income families and single mothers. The most recent presidential campaign, however, marked the first time that both parties supported parental leave. During the campaign, Hillary Clinton proposed altering the Family and Medical Leave Act to ensure that employees could take up to twelve weeks of family leave at at least two-thirds of their wages. Trump responded by announcing his own plan, which would cover six weeks of paid maternal leave for new mothers.

Since the election, Ivanka Trump has made paid parental leave a critical part of a broader proposal to make childcare less expensive. President Trump has proposed three childcare-related tax deductions. Already, many left-leaning groups are arguing that the proposal is too limited. The ACLU called the proposed changes “inadequate,” and claimed that, by limiting the benefits to women, it “perpetuates sex stereotypes.” Instead, the ACLU pushed for the Family and Medical Insurance Leave Act, a more broadly-defined benefits package, which would cover 12 weeks of partially paid leave to care for a new baby or sick family member.

Advocates of parental leave argue that it lowers the wage-gap between men and women and helps keep parents, particularly mothers, in the workforce, which increases long term economic security.

However, some experts worry about the costs of these programs. For example, the Family and Medical Insurance Leave Act funds its promised benefits through taxes on employers and workers and may cost up to cost $85.9 billion a year.

“It is entirely possible that in a genuinely free market economy, many employers would voluntarily provide such policies in order to attract the most productive workers,” says Robert Murphy of the Independent Institute, a free-market think tank. “However, if the state must force employers to enact such policies, then we can be pretty sure they don’t make economic sense for the firms in question.”

“Mandating paid leave will reduce hiring opportunities and base pay, especially for women,” he said. Parental leave requirements force businesses to incur additional expenses if an employee takes time off for the birth of a child. Within certain industries, companies are increasing the amount of parental leave offered to remain attractive to employees. However, when necessitated by law, parental leave can put a strain on a company’s payroll costs.

Debates over paid parental leave have often focused on its fiscal costs. Fewer have considered the impact these policies have on employment prospects for young women. Although gender-based hiring discrimination is technically illegal, concerns about the likelihood of a woman staying in the workforce will impact hiring decisions, says Abigail Hall Blanco, an economist who has written about parental leave.

“Effectively, what these policies do is make women of reproductive age more expensive to hire as a group,” says Blanco, a scholar affiliated with the Mercatus Institute. She noted that in Europe, where parental leave policies are more generous, fewer women achieve their career goals and many of them do not obtain management level positions.

“Labor is one of the most expensive things a business has to pay for,” she said, “even being able to decrease this cost by 2 or 3 percent [by not having to worry about maternity leave] makes a significant difference.”

With margins this small, the likelihood of upcoming parental leave could make the prospect of hiring a young woman less attractive than hiring an older man. Supporters of paid parental leave often point out that new parents return to the workforce in high numbers, but this analysis fails to account for the costs incurred by the business in their absence. The effect is to make people more likely to take parental leave, generally young women, more expensive for employers. However, since age and gender are protected categories when it comes to hiring, these effects would be hidden. Even legislation that allowed for paid parental leave for both men and women would increase the overall cost of hiring.

Blanco, who points out that similar parental leave policies in Europe have had mixed results, is skeptical that paid parental leave would work in the U.S.

“I have a sneaking suspicion that this would have a negative impact on hiring young women,” says Blanco, “even though most of them would likely be returning to the job.”