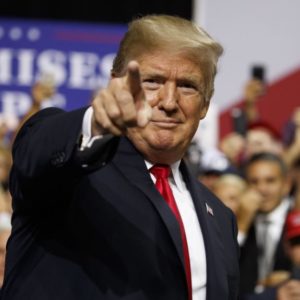 Trump Returning to NH ‘Sooner Rather Than Later,’ Lewandowski Says

President Trump’s on-again/off-again travels to the Granite State are back on, according to presidential adviser Corey Lewandowski.

“I am going to promise you this: Donald Trump is coming back to New Hampshire,” Lewandowski told radio host Jack Heath Thursday morning. “It’s gonna be sooner rather than later, I don’t have an exact date, but it’s coming very, very soon.

Last month’s Trump rally in Portsmouth was canceled at the last minute. The campaign claimed it was due to weather, while critics said it was because the Trump team was concerned about low turnout and a possible COVID-19 related backlash.

“The President is always welcome in New Hampshire, a state he is clearly committed to winning, unlike Joe Biden,” NHGOP state chair Steve Stepanek told NHJournal. “Our grassroots army is working hard day in and day out to ensure that we deliver the Granite State this November.”

Lewandowski’s promise of a New Hampshire visit comes at an interesting time. The Biden campaign just increased the size of its local staff to 40, a significant number for a relatively small state — particularly one GOP presidential candidates have only carried once in the past 32 years.

On the eve of her loss to Sen. Bernie Sanders in the vital First in the Nation primary, Hillary Clinton had a paid staff of 50 on the ground. The FITN primary is one of the most important races for any presidential campaign. Has New Hampshire’s November outcome achieved similar status?

“If Al Gore had won New Hampshire, he would have been president; Florida wouldn’t have mattered and we wouldn’t know what a hanging chad is,” former US Ambassador Terry Shumaker reminded NHJournal. Shumaker is a longtime Biden supporter who co-chaired Bill Clinton’s New Hampshire campaign in 1992.

It could be the case that the Biden campaign is so flush with money, it can afford to splurge in the Granite State. Another is that Democrats are seriously worried that Team Trump’s talk about flipping New Hampshire is more than partisan rhetoric.

Veteran GOP communications advisor Pat Hynes says playing hard in New Hampshire makes sense. “I think we’re in the midst of a political realignment. The blue-collar voters Democrats have counted on to carry New Hampshire are in play as the GOP looks more like Laconia and Claremont than Bow and Bedford.

“You can see a real path forward for Trump here that wasn’t available for Mitt Romney,” Hynes said. 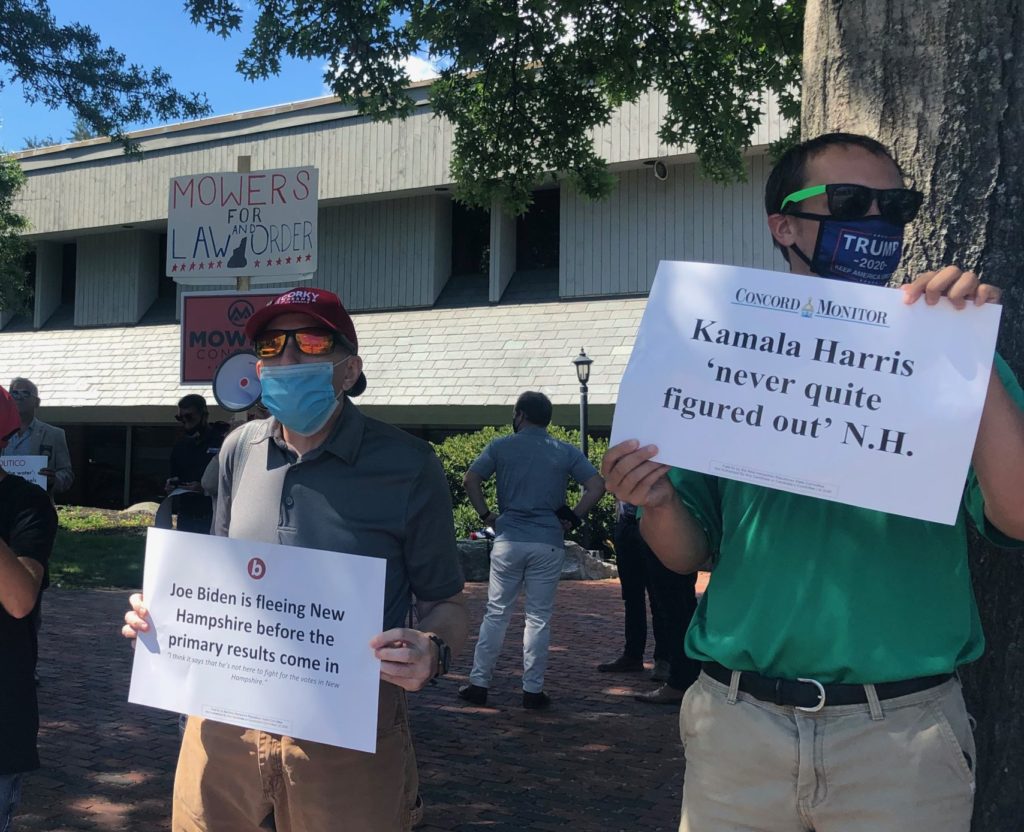 Team Trump insists they are going to take that path to a victory here. His Granite State campaign team held a series of local events to counterprogram the Democrats’ convention, including a rally in front of Sen. Kamala Harris’s old Manchester, N.H. (she dropped out of the race before the FITN primary) and a screening of “Blunderin’ Joe Biden’s greatest gaffes” on Thursday night.

“New Hampshire is a state President Trump looks forward to winning in November,” Lewandowski told NHJournal. “Sleepy Joe Biden couldn’t get out of the state fast enough during the primary. He didn’t even stay until the polls closed.