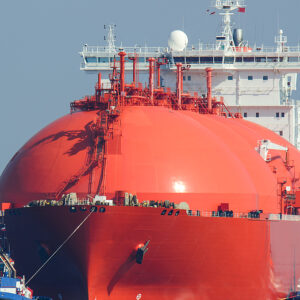 As Russia continues to wage war against Ukraine, the U.S. and its European allies made a deal to protect the EU’s energy sector from Russian aggression, President Joe Biden announced a plan to bring massive amounts of liquified natural gas (LNG) to EU nations.

That means more demand for the natural gas produced here in the U.S.

“Europeans have depended on Russian natural gas for far too long, threatening energy security and environmental progress,” the Marcellus Shale Coalition said after the deal was announced. “American natural gas is the cleanest on the planet, with a 65 percent lower methane intensity rate than Russia’s.”

Biden made the announcement during a joint appearance with European Commission President Ursula von der Leyen in Brussels.

“The United States, together with our international partners, they’re going to — we’re going to work to ensure an additional 15 billion cubic meters of liquified natural gas — LNG — for Europe this year,” Biden said. “And as the EU works to discontinue buying Russian gas well before 2030, it will also work to ensure additional EU market demand for 50 billion cubic meters of LNG from the United States annually by 2030.”

According to industry estimates, one billion cubic feet of LNG is enough fuel to heat about five million U.S. homes for a day.

“It’s not only the right thing to do from a moral standpoint, it’s going to put us on a much stronger strategic footing,”

The announcement was praised by energy producers in the U.S.

“We welcome the president’s focus on expanding U.S. LNG exports to our European allies during this crisis, and we applaud the administration’s continued leadership in ensuring a unified international response to maximize pressure on Russia through additional sanctions,” said American Petroleum Institute (API) President and CEO Mike Sommers.

Nearly 40 percent of the national gas needed to generate power and heat Europe’s homes comes from Russia. Europe has been the top destination for U.S. LNG in recent months. In February, Reuters reported at least half of U.S. LNG shipments went to Europe.

According to Rystad Energy’s vice president Sindre Knutsson, the agreement marks “a u-turn from previous EU purchasing decisions as many buyers had stopped negotiating with U.S. developers for LNG due to ESG (environmental, social, and governance) concerns. Now, however, it appears that energy security has trumped ESG concerns — at least temporarily.”

That is not what environmental groups like the Sierra Club want to hear.

“Allowing for the expansion of new and expanded gas export facilities would lock in decades of reliance on risky, volatile fossil fuels and spell disaster for our climate and already overburdened Gulf Coast communities,” says Kelly Sheehan, senior director for energy campaigns at Sierra Club.

Sheehan would rather see the U.S. rapidly transitioning to wind and solar, not doubling down on fossil fuels.

“It’s encouraging to see this announcement’s emphasis on clean energy and energy efficiency, and we hope to see more detail soon about plans to reduce demand and make necessary investments in more efficient technologies,” says Sheehan. “Reducing reliance on fossil fuels is the only way to stop being vulnerable to the whims of greedy industries and geopolitics.”

But it was Europe’s decision to take extreme action on energy policy in pursuit of ESG goals that pushed it into a corner Putin has been able to exploit, some analysts say.

“This is a welcome announcement and a strong partnership that should help wean Europeans’ dependence on Russian natural gas by providing more energy choices,” said Nick Loris, vice president for public policy at the Conservative Coalition for Climate Solutions (C3 Solutions). “Hopefully the Biden administration and EU take the necessary steps to streamline the infrastructure buildout necessary to end Russia’s control over European gas markets.”

And that buildout is an area of concern as the U.S. LNG export system is operating close to capacity. Beth Sewell with Quantum Gas & Power told Marketplace Friday she does not believe American producers can do much in the short term to meet European energy needs.

“LNG terminals require long-term contracts to support their financing and the LNG is sold under long-term contracts,” she explained. “This means that most of the LNG for export is already contracted for a long time to come, so shippers would face massive breach of contract litigation.”

During a press call on Friday, a senior Biden administration official said the U.S. has already doubled LNG exports to Europe over the past three to four months.

“But we also arranged, over the course of the winter months, a number of swaps from our partners all over the world, particularly in Asia, to supply more LNG to Europe during its winter. And so we’re going to continue those efforts throughout 2022 — that’s what we’re committing to do — to hit the 15 bcm target.”

Meanwhile, the European Commission will work with EU member states toward the goal of ensuring, until at least 2030, demand for approximately 50 bcm/year of additional U.S. LNG. That is equal to about a third of what they get from Russia today.

At API, Sommers says it stands ready to work with the administration to follow the announcement with meaningful policy actions to support global energy security.

“The joint task force’s timeline for reducing Europe’s dependence on Russian energy is too long to cripple Putin’s war machine in Ukraine,” he said via Twitter. “In order to effectively sever his revenue stream, we must cut off Putin’s oil and gas sales globally by imposing secondary sanctions on the entirety of Russia’s financial sector.

“The time to take action is now—while the demand for gas has lessened and American companies and others can help replace supplies ahead of next winter,” Toomey said.