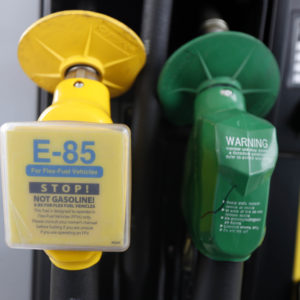 Last week, Bloomberg reported that the Trump administration was seeking to cut funding for the Department of Energy’s Office of Energy Efficiency & Renewable Energy.  So far, they haven’t issued an official proposal, but this wouldn’t be the first time that the administration has looked to slash federal programs subsidizing renewable energy and energy efficiency research. The last time Trump tried, Congress rebuffed his budget proposal.

Which raises the question: How much does the federal government currently subsidize green energy? And how competitive is the renewable energy industry without government help?

The true total is difficult to calculate. Most federal energy subsidies come through the Department of Energy, but one-off programs have been added to a variety of other bills by members of Congress. Even the Energy Information Administration (EIA), which calculates most of the official energy-related statistics for the federal government, doesn’t add up total subsidies annually.

This piecemeal data makes it more difficult to see how legislative proposals, such as changes to fuel standards, impact the costs of subsidies.

According to the EIA in 2016, the most recent year for which complete data is available, the federal government spent just shy of $14 billion in energy subsidies and support.  Subsidies for renewable energy totaled $6.682 billion, while those for fossil energy totaled a mere $489 million.

Of these subsidies, relatively little came as direct payments to renewable energy products. About 80 percent (or $5.6 billion) of the 2016 renewables subsidies came in the form of tax breaks.

“Targeted tax credits have become a popular way for government to award special treatment and artificially attract private-sector interest to politically favored and well-connected industries,” writes Katie Tubb, a policy analyst at The Heritage Foundation. “In short, they’re nothing more than subsidies doled out through the tax code. Not only is this fiscally irresponsible, but Congress also does no service to these energy technologies and companies in the long run by subsidizing them.”

A majority of these tax breaks (51 percent) go to biofuels like ethanol and biodiesel. The cost of ethanol to taxpayers reveals the impact of federal subsidy programs. In 2010, biofuels accounted for 77 percent of energy tax expenditures, a number that dropped to 31 percent in 2013 when certain tax credits expired. These subsidies have been difficult to kill since they have support from lawmakers from agricultural-producing states.

But to most people, energy subsidies mean support for wind and solar. The EIA estimates the two largest federal tax credit programs benefiting wind and solar paid out a combined $2.8 billion in 2016. These funds came through a tax credit worth 2.4 cents per kilowatt hour of power produced, as well as a deduction equal to 30 percent of a facility’s installation costs.

These two tax credits are set to expire at the end of 2021, though a permanent 10 percent investment tax credit for solar and geothermal installations would remain.

So far, the wind and solar industries aren’t resisting plans to phase out subsidies in an orderly fashion. However,  Congress is pushing back on attempts to end the tax credits early. Last week, Sens. Charles Grassley (R-Iowa), and Ron Wyden (D-Ore.), introduced a bill to reinstate some tax credits that had expired at the start of 2018. These credits include benefits for the purchase of electric vehicles, biofuel and biodiesel production credits, deduction allowances for energy efficient buildings, and credit for electricity “produced from some renewable sources.”

This pattern has occurred before, with Congress voting to reinstate subsidies for biofuels just a few years after voting to cut them. All of this increases costs to consumers, who are continuing to subsidize less efficient forms of energy.

Tax breaks and direct payments aren’t the only ways in which government subsidizes green energy. Renewable portfolio standards, which are often passed by state governments, require utilities to generate a given percentage of the power they sell from renewable sources. In effect, this forces ratepayers to subsidize renewable energy that otherwise wouldn’t be cost-effective.

As of the end of 2018, 29 states and the District of Columbia had renewable portfolio standards, collectively accounting for 63 percent of retail electricity sales. These standards come at a cost to consumers, who pay more for utilities to finance the switch to clean energy.

Whether it takes the form of solar panels or biofuels, renewable energy has been struggling to compete with conventional energy. For decades, government subsidies have been helping to boost their competitiveness. As a result, even today, when the administration wishes to reduce subsidies, billions of dollars of tax credits and other perks are supporting the green energy industry.