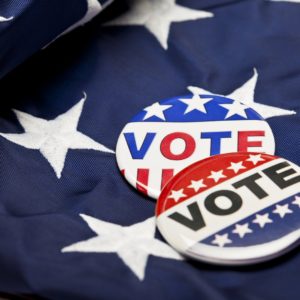 Outside groups often funnel money into states during an election, but many New Hampshire residents were probably hoping it would be some time before they again face the onslaught of more political ads. Yet, two progressive groups are currently spending money in New Hampshire, trying to influence how lawmakers decide on a voting rights bill that would tighten the state’s voter ID and registration laws.

The latest group, Let America Vote, made a five-figure digital ad buy in the Granite State at the end of March targeting Sen. Kevin Avard, R-Nashua, to change his vote on Senate Bill 3.

Senate Bill 3 was introduced by Sen. Regina Birdsell, R-Hampstead, to address concerns that due to New Hampshire’s “lax” voting laws, people who aren’t living in the state, or are only temporarily here, are voting in New Hampshire elections. Republicans want to tighten the process, but Democrats have dubbed the bill as a form of voter suppression. The Senate passed the bill on March 30 on a party line vote, 14-9, with Avard voting for the legislation.

The bill tackles the complex issue of “domicile” versus “residence.” Under current laws, the definition of domicile is “that place, to which upon temporary absence, a person has the intention of returning.” Republicans think that’s vague and want to make clear who can and cannot vote in the state.

Democrats are pushing the narrative that the bill would prevent college students and military members who are “temporarily” in the state from voting in elections when it’s their right to cast their ballot. That’s the message Let America Vote wants residents to hear, so they can encourage their lawmakers from moving the bill forward.

Republican lawmakers and New Hampshire Republican Party Chairman Jeanie Forrester are pushing back, saying it will not stop college students or military members from voting.

Let America Vote is a new group that formed in February 2017 under the leadership of Jason Kander. The former Democratic Senate candidate gave Republican U.S. Sen. Roy Blunt a run for his money in the Missouri Senate race, which was one of the most watched races in the country. Blunt beat Kander — 49.2 to 46.4 percent.

Kander didn’t stay quiet after losing the election, though. With his new organization, he focuses on states that are trying to suppress voting rights.

Let America Vote recently announced they were launching three new voting rights ads in Georgia’s 6th Congressional District special election, in Virginia to oppose a Republican plan to overturn Democratic Gov. Terry McAuliffe’s veto of a bill that would require a photo copy of a state-issued ID included with absentee ballots, and in New Hampshire to oppose SB 3, “which could strip voting rights from college students and would allow elections officers to visit people’s homes to check in on residents just because they voted.”

Kander penned an op-ed for The Nashua Telegraph on Sunday, writing that Republicans are trying to suppress Democratic voters so they can win in future elections.

“For decades, some Republicans across the country have gotten away with passing deliberate voter suppression laws by rebranding them as efforts to fight against voter fraud,” he wrote. “There is more to this agenda than simply suppressing the vote. Not coincidentally, Republicans are pushing this bill just months after New Hampshire Democrats won both a U.S. Senate seat and the presidential vote in the 2016 election. Senate Bill 3 will tip the scales against Democrats where they’ve have won by razor-thin margins.”

Yet, it’s been noted by several right-wing bloggers and members of State House press corp that progressive outside groups seem to be very interested in this bill. New Hampshire Democrats often decry when outside money for Republicans pour into the state, but now, they have publicly applauded these groups focused on voting rights.

Priorities USA, a pro-Democratic group, launched digital ads earlier in March targeting Republican senators on the Election Law Committee to defeat the bill before it went to the Senate.

The ads targeted Sen. James Gray, R-Rochester and Sen. Andy Sanborn, R-Bedford, both cosponsors of the bill, and Birdsell, author of the bill and chair of the committee.

Priorities USA is known nationally for its focus on voting rights. The fundraising arm of the organization, Priorities USA Action, was the top super PAC supporting Democratic president candidate Hillary Clinton in 2016 and was the main money driver for former President Barack Obama’s 2012 campaign.

The bill now moves to the House Election Law Committee, which will hear public testimony again before the bill moves on to the full House for a vote. It can be expected that these outside groups, and possibly others, will also continue their campaign to kill the bill.