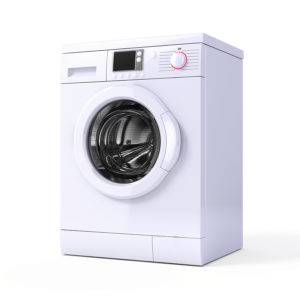 “The Production, Relocation, and Price Effects of U.S. Trade Effects of U.S. Trade Policy: The Case of Washing Machines” — a recently published working paper by economists Aaron Flaaen of the Federal Reserve, and Ali Hortaçsu and Felix Tintelnot of the University of Chicago — captured the media’s attention recently.

In their study, Flaaen, Hortaçsu and Tintelnot measured the economic effect of the Trump administration’s 20 percent tariff on manufacturers, consumers and the federal government on the first 1.2 million washing machines imported into the United States. Enacted in January 2018, the tariff will be reduced in 2019 and 2020, and is set to expire in 2021.

This tariff’s imposition was a response to domestic appliance manufacturer Whirlpool Corporation’s accusation that foreign manufacturers Samsung Electronics Co. and LG Electronics were undercutting its U.S. business by exporting washers at unfairly low prices. Not true, say executives at Samsung and LG, who argued that their companies’ strategic behavior, specifically “smart” technological innovation and greater variety of product choices for consumers, rather than price, is responsible for their companies’ growth in recent years.

In their study, the economists estimated increased American consumer costs due to the tariff of just over $1.5 billion between February 2018 and January 2019. The U.S. Treasury, however, collected about $82 million over this period. Both Samsung and LG responded to the tariff by announcing manufacturing expansion plans in the United States and plans to hire 1,600 additional workers, while Whirlpool announced it would hire 200 additional employees. At an average annual taxpayer cost of more than $815,000 per job, the 1,800 new domestic jobs was stunningly expensive.

In the first quarter of 2017, the Stevenson Co., a consumer durables market research firm, calculated that the top five brands (by domestic market share) of the $7.5 billion U.S. washing machine market were Samsung Electronics (19.7%), Whirlpool (17.3%), LG Electronics (16.8%), Maytag (15.9%), and GE Appliances (11.7%). Whirlpool owns Maytag, both of whom are domestic brands, GE is a brand owned by a Chinese manufacturer, and Samsung and LG are South Korean firms.

Interestingly, the study’s authors found this tariff on washing machines resulted in consumers paying on average an extra 12 percent to buy a new dryer over this period. Because consumers often buy a washer and dryer as a “bundle,” all the major industry competitors decided to increase the price on both appliances by an average of 12 percent, thus partially “hiding” the full effects of the tariff, and both washer and dryer price increases were found within a range of 5 percent to 17 percent following the tariff implementation.

This market is an example of the “oligopoly problem.” In their recent book, “The Myth of Capitalism: Monopolies and the Death of Competition,” authors Jonathan Tepper and Denise Hearn define the oligopoly problem as when the government, “by allowing extreme industry concentration … has essentially guaranteed oligopolies can act like monopolies and encourage outright and tacit collusion.”

In this instance, one would expect that the Whirlpool and Maytag brands would hold the line on price increases. Not so, according to the “Nash Equilibrium,” a game theoretic concept stating that among different competitors, the optimal solution is to choose tacit cooperation rather than embrace competition. This tacit collusion tends to maximize the highest return for “competitors” while minimizing their maximum loss. The downside is that it also leads to oligopolistic companies’ acquiring monopolistic financial returns, which subsequently leads to reduced manufacturing output, and ultimately lower consumer welfare.

Not only did Whirlpool (and its Maytag brand) not take advantage of a pricing strategy opportunity to hold-the-line on washer and dryer prices, they strategically (and tacitly) acted as any member of a highly concentrated oligopolistic industry would.

In this case, the company exploited an opportunity not to compete in a “ruinous” price war and increased their washer and dryer prices by the highest percentage among the brands, and therefore maximized the highest payout with little risk to their market share position.

If “consumer welfare” is the antitrust measurement of competitive markets, what does this oligopolistic behavior reveal to American consumers who pay for these monopolistic profits at the retail level?