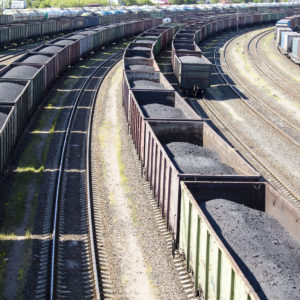 For the past year, Washington state has been a hassle for energy transport. This summer, the city of Spokane announced a proposition that would forbid rail transport of fossil fuels within city limits. On Tuesday, the Washington Department of Ecology announced that it would deny a water quality permit allowing the Millennium Bulk Terminals project to move forward.

The Millennium Bulk Terminal is the last remaining coal export terminal proposed along the West Coast. If completed, the terminal would ship 44 million metric tons of coal annually. In its environmental impact analysis, Washington state regulators found that the terminal’s completion would add 16 more trains daily through the local area and increase ship traffic in the area. The state’s environmental impact statement found that coal dust and emissions from the trains would negatively effect air quality.

“There are simply too many unavoidable and negative environmental effects for the project to move forward,” Washington State Ecology Director Maia Bellon said in a statement.

Without the new terminal, coal companies will find it more difficult to ship their product out of the U.S. Although domestic power producers have increasingly shifted from coal to natural gas due to falling prices, Asia has been increasing its imports of American coal. In the first half of 2017, European and Asian imports of American coal have increased by more than 60 percent.

In fact, some environmentalists have gone even further, calling the permitting decision the end of discussions about coal in the region.

“I think this really ends the conversation around coal export, and it ends it with a firm punctuation mark that these are bad choices for our region,” Seattle-based Earthjustice attorney Jan Hasselman said.

Washington’s decision, though hailed by environmentalists, will negatively impact the economies of other states. In 2017, Montana’s coal production is up more than 2 million tons from 2016, with shipments primarily going to South Korea, Japan, and other parts of Asia. Although an encouraging sign, producers and analysts say that last year’s production levels were so low there was little direction to go but up. A glut of coal on the market in late 2015 led producers to suspend exports for a time in 2016 until prices stabilized.

Even as coal exports grow, companies have fewer options as to the exit terminals they use. The U.S. and Canada are in the middle of a trade dispute over timber products and, as a result, British Columbia is threatening to refuse to allow American coal to be shipped through its ports.

The industry had turned to foreign export terminals after facing years of opposition from environmentalist groups in the U.S. Six proposed coal terminals in the Pacific Northwest have been denied approval by state regulators or the Army Corps of Engineers.

Montana’s state attorney general has already said that he plans to review Washington’s decision to make sure that the law has been followed. So far, Montana has been able to buck the trend seen in the southeast, adding coal jobs at a 33 percent clip overall from 2001-2015. To continue that trend, it needs markets for its coal, however.

Business groups are calling the state’s decision a political ploy that will hurt the economy of both the state and the broader region. The Millennium Bulk Terminals project is one of three proposed coal export terminals in Washington state. The $646 million project was expected to add 2,950 jobs to the area. If all three proposed terminals were completed, the state was predicted to receive an addition $25 million in tax revenues.

“The state, by its actions, has effectively negated any hope of major infrastructure projects in along the Columbia River and other parts of Washington state, whether it’s Millennium or Northwest Innovations,” said Lee Newgent, executive secretary of the Washington State Building & Construction Trades Council in a statement.

“And for my members, that is a very troubling testament to the state’s lack of interest in creating family wage jobs in communities outside of King County,” he continued. “This is as much about jobs as it is the environment. We have to have a balance if we’re going to create jobs here in Washington that can support a family.”

Earlier this year, the city of Spokane announced a proposed law that would ban rail shipments of coal and other fossil fuels. The law will come before voters this fall and is already the subject of a major campaign. Opponents of the ban say that it would be illegal and unenforceable if passed, because, under common carrier law, railroads are obligated to carry any type of cargo.

The Millennium, the company building the terminal, has announced that it will appeal the state’s permitting decision, taking the matter to court if need be.