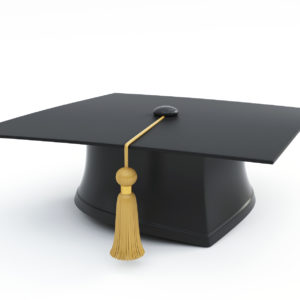 It’s a familiar lament: business owners decrying the quality of education and concerned that they cannot find skilled-enough workers. Not highly skilled, but skilled enough.

For decades, businesses and educators have engaged in how to prepare students for the challenges they will meet in the real world. Kathy Jo D’Antoni, assistant state superintendent of schools in West Virginia, said those conversations have changed dramatically over the last 20 years, devolving from the technical skills students to something drastic.

“More recently, it’s been ‘Just send us people who can read, write, show up and be drug-free and we’ll train them from there,’” she said.

A former classroom teacher, D’Antoni is blunt when she talks about what students need and what they’re lacking – namely, the soft skills such as team building, problem solving, being on time. Skills that keep people employed once they get a job.

“I’ve come to the conclusion that we keep our thumb down and don’t let students rise to where they think they are capable,” she said.

After taking over Career Technical Education for West Virginia in 2010, D’Antoni set about transforming how the state approached what used to be called “vo-tech.”

What her department has done is revolutionize programs that now turn out students who could seamlessly move into a career without needing basic training.

Traditional classrooms have been set aside in favor of “Simulated Workplace,” which replicates a business from the ground up so that students understand the impact their work has on a company as a whole. Students are required to develop an application and interview structure, create a company handbook, attendance systems and work with industry-related experts to conduct audits. They model the 5S method of creating efficient workplaces – sort, straighten, shine, standardize, and sustain – that they will encounter after they graduate.

“We don’t have classrooms; we have companies,” D’Antoni said. “You can tell teenagers a million times to do something, but it’s in one ear and out the other. You don’t know if they’re listening. We decided to let them experience this rather than tell them.”

Simulated Workplace rolled outs its pilot in 2012 in six schools and 200 students. The program is for juniors and seniors. By 2015, more than 6,000 students were enrolled. In 2016, the State Board of Education passed Policy 2510, which requires any high school in the state offering the approved four-year Career Technical Education curriculum to adopt Simulated Workplace.

This year, 400 graduates earned the prestigious Governor’s Workforce Credential that requires them to have a grade of B or higher in each of the four CTE courses, verified attendance rate of at least 95 percent, pass at least two drug screenings, and earn an industry certification. These emerging workforce leaders are critical to West Virginia’s future.

The latest Economic Outlook published by the Bureau of Business & Economic Research West Virginia University College of Business and Economics points to a grim couple of years. The state’s unemployment peaked in late 2015 at 7.0 percent, but has held steady at 5.4 percent each month since November 2017, according to the Bureau of Labor Statistics. Still, population declines, an aging workforce and one that struggles with educating its students.

“One of the things we’ve been faced with over quite a long period of time has to do with educational outcomes for residents,” said Brian Lego, research assistant professor at the Bureau of Business and Economic Research. “You can’t consistently have a mismatch between the skills the employers need and what the employees have.”

The bureau’s report cites energy sector losses as a primary driver for its recent downturn. It notes that the same sectors – mainly coal and natural gas – also hold a key to its turnaround. But to be successful, companies must have qualified employees. The fracking boom led companies to bring in workers from Gulf States where knowledge and experience in that industry have been prevalent for some time. West Virginia’s community college and four-year institutions have begun offering engineering courses and degree-programs aligned with that sector.

Lego said that employer surveys reveal concerns over a lack of skills that students should have coming out of high school – that basics of mathematics such as addition, subtraction and fractions, for instance.

“You can ignore the fact that they might not understand the higher-end computations, but the fact that more traditional math computations are missing, that just makes it much more difficult to expand [business] potential,” Lego said.

The Simulated Workplace programs looks to fill that gap giving employers in West Virginia reasons to expand as well as enticing new companies to move by offering a skilled workforce.