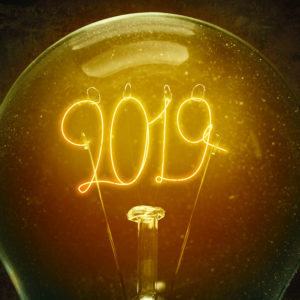 What’s Up for Energy Infrastructure in 2019?

Seventeen new oil and natural gas pipelines came on line in 2018, but the country still needs additional energy infrastructure to meet growing energy needs. The question is which types. Energy infrastructure is a broad term, encompassing not only oil and natural gas pipelines, but also power plants, transmission lines, and the other parts of what is generally termed “the grid.” As currently designed, the grid has been successful in getting the U.S.–even in its most rural areas–electrified. Now the challenge is integrating intermittent renewable energy sources, such as wind and solar, and also trying to better secure the grid against attacks from cyber criminals and foreign adversaries.

According to the Energy Information Administration (EIA), domestic crude production is expected to average 10.9 million barrels per day in 2018. By next year, this average is predicted to be 12.1 million b/d, while the same agency predicts that “both the level and volume growth of natural gas production” will continue to rise in 2019 after setting new records this year. Getting this oil to market will require a continued expansion of pipeline infrastructure. The present situation in Canada, where oil producers are facing three month waits to ship their product is a clear sign to American businesses about the importance of continuing to expand the pipeline networks.

In fact, the industry trade group Interstate Natural Gas Association of America (INGAA) released a study this fall that found that, even in supposedly unfavorable market conditions, Canada and the U.S. will need to add 7.7 million barrels per day of new oil transport capacity to keep pace with market and production demands. They also predict strong growth for natural gas, especially as stable low prices result in the construction of new ethane crackers and polypropylene facilities used in the manufacturing of plastic.

Construction on that scale would be a boon to both local and regional economies, adding 242,000 direct jobs and supporting hundreds of thousands more. States likes Texas, Louisiana, Pennsylvania, California, and Ohio would especially benefit from infrastructure expansions, which would support tens of thousands of high-paying jobs that don’t require college degrees.

With all the excitement in fossil fuels, it can be easy to lose sight of the broader picture of energy infrastructure which also includes the electric grid. Historically, economic growth has generally been accompanied by increased energy needs.  Energy researchers view the past decade’s pattern of flat electricity demand as an anomaly and doubt that trend will continue. This, along with increases in planned renewable energy construction, means that there is likely a need for additional grid infrastructure.

After all, new generation capacity does little good if it can’t be connected to consumers.

When he came into office, President Donald Trump hyped his infrastructure plan, a proposal that quickly stalled. Now Democrats are the ones pushing for increased infrastructure spending. Earlier this month, Sen. Charles E. Schumer (D-NY) made a push for green energy infrastructure in a letter to Trump.

“Any infrastructure package considered in 2019 must include policies and funding to transition to a clean energy economy and mitigate the risks the United States is already facing due to climate change,” he wrote.

Bolstered by tax breaks and other government incentives, clean energy installations set records in 2017 and have remained strong this year. In the northeast, Massachusetts, Rhode Island, and Connecticut have all announced new offshore wind projects to start construction in 2019 or 2020. Delaware is also planning an installation of its own.

Now that the projects have been announced, the thing to watch will be how the states handle getting this power to market. For traditional generation methods, transmission companies handle the costs and infrastructure of getting power from generators to consumers. Renewable energy sites, which are frequently further away from population centers, are less attractive investment prospects. To get the power to market, backers of offshore wind and solar plants have often footed the bill for transmission costs themselves and in some instances have gotten help from state governments.

Other states, like Texas, have explored shifting some of the increased transmission costs of renewables back to the companies generating the power through changes in the state’s capacity markets. In December, the Texas Public Utilities Council dodged a decision on this proposal. They likely won’t be able to avoid a decision much longer.

Making the operators of solar and wind installations responsible for a larger share of transmission costs would be another cost increase during an era when natural gas remains an attractively cheap alternative. For consumers, the fear would be that state renewable energy standards would require the use of these renewables despite their higher costs.

Decisions on transmission costs are just one element of what would be needed to modernize the American grid. With increased risks of cyber attack, grid modernization and security has become more of a priority for the Department of Energy. Energy Secretary Rick Perry has often brought up the problem and has pushed the department to develop its own cybersecurity branch. Changes to the physical structure of the grid have occurred in a more piecemeal fashion, however, largely driven by the priorities of states and regional transmission companies.

In short, there is a lot to build in the coming year and 2o19 looks to set records of its own.