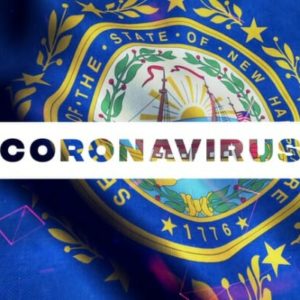 When it comes to the coronavirus, there are two New Hampshires.

One, the New Hampshire of the state’s nursing home and longterm care facilities, is in crisis. As of Wednesday, 84 members of this community have been killed by the virus — 19 reported on Wednesday alone. That’s 76 percent of the total deaths in the Granite State.

The other New Hampshire has been left largely untouched, healthwise, by COVID-19. Out of the nearly 1 million Granite Staters under the age of 60, only five have died from coronavirus-related illnesses. And while the New Hampshire Department of Health and Human Services remains reluctant to release information about hospitalizations, Commissioner Lori Shibinette confirmed that the demographics are similar.

For families with loved ones living in the first New Hampshire, this is a time of heartbreak and worry.

But for the rest of the state, the coronavirus crisis looks much less frightening than just a few weeks ago. After inaccurate or misleading media coverage, we now know that coronavirus in New Hampshire poses almost no threat to healthy people under the age of 60.

Exclude nursing home related fatalities, New Hampshire has only suffered 24 coronavirus-related deaths, in a state with 1.3 million people. That’s a death rate of 0.000017.

No other state has as wide a divide between the young and safe vs. the elderly and at-risk as New Hampshire … but some are close. “Pennsylvania’s nursing homes continue to be hit hard by COVID-19, accounting for nearly 70 percent of the coronavirus-related deaths statewide,” KDKA-TV reports.

In Maryland, the total is around 60 percent. In Ohio, it’s close to 75 percent. And between April 22 and April 29, nearly 88 percent of Connecticut’s deaths were nursing home patients.

All this, despite the economically-devastating lockdown. We could have left the economy up and running, and these people still would have died. No nursing home residents caught coronavirus at the local diner or neighborhood bar. They caught it while they were in a lockdown of their own.

So what’s the point of keeping the rest of us locked down, too?

Gov. Sununu has already confirmed that our hospitals are nowhere near exceeding the healthcare capacity “curve” New Hampshire worked so hard to flatten. And while the phrase “new cases of coronavirus” is used every day, that’s a misnomer. New Hampshire didn’t report 108 new “cases” of COVID-19 on Wednesday; it reported 108 “new positive test results.” Some of these were most likely suffering from the virus — had a case of the COVID, if you will — but the majority didn’t even know for sure they had it.

Put it another way: Of the 2,740 positive tests — which likely translates into 30,000+ Granite Staters exposed to the virus — only 307 people have been hospitalized. And more than 60 percent of those hospitalized were at least 60 years old. And a significant number (though the NH DHHS won’t release it) had co-morbidities like obesity, diabetes, etc.

Get the elderly and ill safely locked down, and the rest of New Hampshire could get back to work tomorrow. It’s that simple.

Not easy, but simple.

It’s not easy because segregating about 20 percent of the population is a tremendous challenge. Across the U.S., about 21 percent of adults 65 and older live in a multi-generational household. Given that New Hampshire has the third-oldest population in the country, that percentage is probably higher.

But however hard it is to protect seniors, it can’t be nearly as hard — or as disastrous — as shutting down thousands of businesses and closing every school.

Some people object to the idea of acting on this data. They’re afraid the elderly and vulnerable will be marginalized, diminished. Treated as less valuable to society. It’s not fair, some complain.

But the coronavirus doesn’t play fair. Is it fair that a healthy 40-year-old is 99 percent safe from hospitalization or death and an 80-year-old isn’t? Not any more than it’s fair that only 40 Granite Staters under the age of 20 have even been hospitalized by the disease, and none have died.

When it comes to COVID-19, there are two New Hampshires. The one-size-fits-all, shut-it-all-down approach is doing massive damage, and very little good.