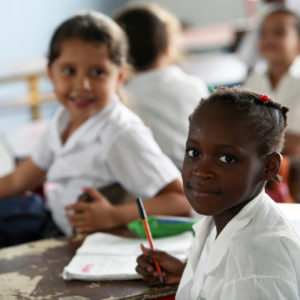 There’s been a lot of sound and fury emanating lately from our nation’s schools and school board meetings. Many educators appear preoccupied with critical theories, historical inequities, systemic discrimination, DEI training, and social-emotional learning, to name but a few current academic enthusiasms. Parental opposition has been vigorous and well-covered in the media.

The National School Boards Association found time to draft a letter to the White House denouncing animated and frustrated parents at school board meetings. The Department of Justice found time to respond approvingly. Facing backlash from both within and without, the NSBA then apologized for the overwrought language in its original missive, causing yet another outcry.

Meanwhile, a high school freshman girl, in a district that has generated virulent ideological controversy, was sexually assaulted in her school lavatory under the noses of the very people charged with overseeing her during the school day.

Vast amounts of time, attention, and resources are directed at efforts other than attending responsibly to the fundamental needs of the students attending schools, including the core task of ensuring their proper supervision and documenting their whereabouts. We hear vociferous demands for metaphorical student “safety” in education–from things such as unwelcome words, inanimate objects, and even insensitive Halloween costumes– while the imperative to provide for their basic physical welfare during the school day is overlooked.

To say that we’ve lost sight of what really matters in American education is a dramatic understatement.

When the Loudoun County victim’s distraught father attempted to alert the school board to this assault, not only were his concerns dismissed but he was publicly humiliated and forcibly arrested for his trouble.

If this youngster’s assault cannot awaken compassion and self-reproach in our educational professional class, then our schools are truly lost. Thankfully, it looks like justice has been done in this case, although sentencing has to wait until the perpetrator faces an additional charge for an act allegedly committed after being transferred to another school.

School districts must demonstrate the ability to manage their most basic assigned functions—ensuring that a child remains free of bodily assault while being educated as required by law—before they can afford to undertake auxiliary tasks. Clearly, their attention is too divided at the moment.

At a minimum, school officials must understand that they are to function in loco parentis — literally, in the place of the parents — during the school day. This means protecting the children in their care and not losing focus on this precious, constant responsibility.

“Back to basics in school” used to mean returning to the fundamentals of reading, writing, and arithmetic. Now it’s even more basic than that: Meeting the minimal duty of care. With so much lip service being paid to students’ emotional well-being in school, it is appalling for concerns to be brushed aside when demonstrable physical harm is alleged.

Enough focus on politically loaded abstractions. Schools must first do their concrete jobs.

Bonnie Kerrigan Snyder, D.Ed. is a former teacher, counselor, and professor and the author of Undoctrinate: How Politicized Classrooms Harm Kids and Ruin Our Schools—And What We Can Do About It. She wrote this for InsideSources.com.