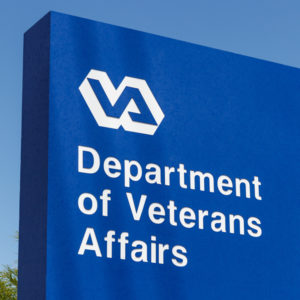 WILKIE: VA Is Once More Living Up to Lincoln’s Vision

By the time President Lincoln delivered his Second Inaugural Address, America was near the end of a Civil War that is still its bloodiest conflict.

But even while surrounded by misery and the creeping filth of wartime that claimed the life of his 11-year-old son, veterans were a top priority in Lincoln’s mind. He recognized that the highest praise was due to those who deliver our freedom, and asked that we “care for him who shall have borne the battle and for his widow, and his orphan.”

At the Department of Veterans Affairs (VA), it is our job to carry out Lincoln’s task and give veterans the same level of commitment they gave when they risked everything to serve this nation.

Most would agree that VA wasn’t up to this challenge just seven years ago. In 2014, the department was embroiled in a wait-time scandal in which veterans died waiting for care. Morale within the department tanked, and many veterans didn’t think very much of a bureaucracy that was failing them.

VA has since experienced a rebirth. Six years ago, just 37 percent of Americans approved of the way the prior administration was handling veterans’ health care, according to CNN. Today, veterans’ trust in VA care stands at nearly 90 percent, and among our fastest growing population — women — it is 86 percent.

In 2014-2016, VA was ranked 16 out of 17 in terms of the best places to work in the federal government, and when the new numbers come out in March we expect to be fifth. Americans are flocking to join us — we have hired over 70,000 employees over the last 10 months. The word is out.

We did it by going to America’s veterans across the country — with no organizational or political filters, just talking to veterans in every state and territory. The only place I failed to visit in my tenure was the Virgin Islands.

Veterans had been demanding options outside of VA care for years, and we delivered it to them in the form of the MISSION Act. Now, millions of veterans are getting care right in their communities and are finally at the center of their own health care decisions.

Giving veterans choice wasn’t a death knell for VA. Instead, we made VA more accountable and empowered VA staff to once more live up to the legacy of this department, and they rose to the occasion. Recent studies show VA measures up to the private sector on access and quality.

Veterans liked what they saw and started voting with their feet. VA completed a record number of appointments in fiscal year 2019–59 million! The more veterans we served, the more veterans trusted us.

While the last administration gave up on developing a new, integrated electronic health record, we are now fielding a holistic one that talks to the Defense Department and the private sector. No longer will veterans have to lug boxes of paper records around, as my father did after serving in Vietnam.

We turned VA into a more welcoming place for women veterans, which are the fastest growing population of veterans. VA now provides a range of services for them and has a military sexual trauma coordinator at each of its medical centers.

We also put staff, patients and visitors on notice that we have a zero-tolerance policy for sexual assault and harassment. Our ongoing campaign aimed at preventing these incidents is just one way of making a difference–another is the growing number of women we have in leadership roles who oversee our employees, 63 percent of whom are women.

VA is working with states to reduce veterans’ use of harmful opioids, which has fallen by 48 percent in the last four years. We’re working with local governments and companies to end veteran homelessness. And VA is leading the effort not only to end veteran suicide, but to open up a nation-wide dialogue to prevent this tragedy among all Americans.

By the time COVID-19 hit, VA was a different organization than the one you read about in 2014–we were ready for this mission. While the virus was a serious threat to many non-VA nursing homes, VA’s early actions to protect its most vulnerable patients resulted in far fewer infections at the homes we manage. We also used telehealth to keep in touch with patients at a time of social distancing.

VA’s performance during the crisis was so strong that 1,000 VA staff members deployed on more than 3,700 missions to assist non-VA health networks, including those that serve Native Americans.

VA has tested more than 1.3 million people for the virus and treated more than 125,000 veterans. As of January 4, 2021, VA had administered more than 146,000 initial vaccine doses to veterans and health care employees just a few weeks after it became available.

Before 2016, VA was a case study in the failure of large organizations. Today, VA has undergone the most transformational change seen since the end of World War II, emerged from that process with renewed strength, and is now closer than ever to fulfilling the vision Lincoln had for our brave men and women who have worn the uniform.