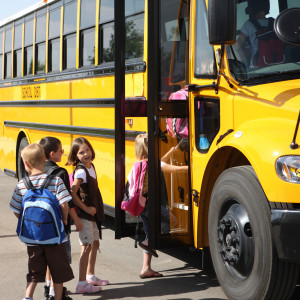 A new plan for Ohio’s schools looks to improve accountability and provide more information to families about the quality of education their children are receiving. While some education advocates remain skeptical, most are hopeful for long term gains in accountability and student achievement.

The plan, submitted to federal officials on Sept. 18, details how the Ohio Department of Education (ODE) plans to comply with the Every Student Succeeds Act, a 2015 bipartisan law that could reshape kindergarten through 12th grade academics and learning environments. States could submit their plans in either April or September. Ohio’s original goal was to meet the April deadline. But public outcry over whether there was enough public input, questions about the amount of testing included, and disappointment over a strict adherence to technical compliance led officials to delay submitting until recently.

“It was necessary to extend the time because we want to make sure we listened to all concerns,” said state Sen. Cecil Thomas, D-Cincinnati, who was among those advocating for more time.

Officials at the state education agency agreed that stepping back from the original deadline gave them valuable time to continue working with the community. It also gave them a chance to review plans from states that did meet the April deadline, watch how federal officials reacted to the plans, and analyze independent peer reviews,

Chris Woolard, ODE’s director of accountability and his agency’s ESSA lead, said he found a review led by Bellwether Education Partners and the Collaborative for Student Success to be valuable. The reviewers “took a good, critical eye” toward the 17 plans submitted to the federal government in April.

That review, released in June on CheckStatePlans.org, credited many states with establishing a benchmark of best practices in various categories, but also that several states failed to provide the detail and specificity which is more likely to bring about improvements in the classroom.

“It validated our belief that we have a good plan in place,” he said.

ESSA was written as a replacement for the universally unpopular No Child Left Behind that was heavy on federal government intrusion and raised testing stakes so high that many educators and parents complained that teachers were “teaching to the test.” Many saw the ESSA plans as a chance to alleviate the testing burden, and were shocked when Ohio’s original draft called for more tests than even the federal government required.

However, federal testing requirements did not change under ESSA so there’s little recourse any state has in reducing that burden. The General Assembly did eliminate fourth- and sixth-grade Social Studies assessments, and the State Board of Education continues examining the issue to see if further reductions can be recommended.

School accountability measures, though, are wholly within states’ purview to change, and some wish Ohio would go in a different direction

“We have this ridiculous system of letter grades that tells people nothing,” said Tom Ash, director of Government Relations for the Buckeye Association of School Administrators, about school and district “report cards” that measure student achievement.

ODE recently issued the 2017 report cards and while across the state, scores improved from last year, Cincinnati’s public schools did very poorly. As a whole, the city’s public schools earned a D in preparing students for success and an F in student growth based on previous achievement. Their highest mark was a C in K-3 Literacy.

Those grades look at the day-to-day and cumulative academic work schools are doing, but that’s not the only way to hold them accountable. A significant shift from the original ESSA draft is a proposal to gradually reduce the number of students included in subgroups from 30 to 15. Subgroups – called “n-size” – are formulas to determine the number of students that will be included in demographic groups to measure performance.

The department will begin committing resources to piloting a school climate survey. It also intends to work internally and with national partners to help low-performing schools put together improvement plans that will be based on needs assessments. In the ESSA plan, officials proposed chronic absenteeism as an indicator for how schools are performing.

“Chronic absenteeism is linked to student outcomes and their well-being,” said Chris Woolard, ODE’s director of accountability. “There’s a lot of interest in school climate and taking into account the needs of the whole child. We’re building on an infrastructure that’s in place for school improvement, and it’s a shift away from a more compliance-oriented approach to focusing more on evidence-based strategies.”

A Compliance Plan That Informs a Broad Vision

Hearing an ODE official laud a shift from compliance may cause some to shake their heads since the department was adamant that the plan they were required to give the U.S education agency was a document detailing their compliance with federal law. That structure left no room for broader discussions about visions for the state and long-term goals.

Superintendent of Public Instruction Paolo DeMaria, though, has always intended to pursue a broader vision of education for the state. Depending on the perspective, ESSA either got in the way of that work beginning or kickstarted it into high gear. Woolard said a lot the conversations ODE had between April and finalizing the draft plan were explaining that work on the strategic vision was happening separately but simultaneously.

Melissa Cropper, president of the Ohio Federation of Teachers, is not impressed with the ESSA plan. She said it “maintains the status quo.” She is, however, hopeful about the vision work and wants it to focus on extending achievement and growth beyond just content knowledge. There are also different accountability measures that go beyond academic knowledge such as social and emotional learning that are important indicators of growth.

“We need to look at the whole child and what needs to happen in the system for them to be successful,” she said. “Now ODE is ready to have these really in-depth conversations of what do we want to do instead of just having to meet an arbitrary deadline for federal officials. The ESSA conversations may have helped inform the conversations on what’s needed for the strategic vision.”