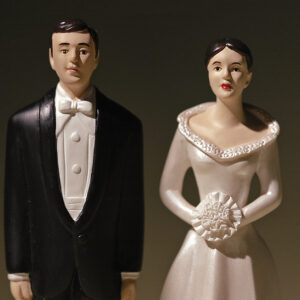 During a discussion on raising the state’s minimum age of marriage from sixteen to eighteen, Rochester Democrat Rep. Chuck Grassie raised some eyebrows when he referred to marriage as an ‘ownership transfer’.

The legislature raised the age from fourteen (for women) and thirteen (for men) to sixteen during the last biennium. Now they’re debating legislation to raise it further to eighteen.

Opponents say it would create unnecessary restrictions on soldiers going off to war and would preclude their spouses from receiving military benefits.

Rep. Chuck Grassie pushed back on that narrative, saying families are just “marrying off” their daughters, and it has nothing to do with building a proper marriage.

“In other words, in this situation, you have parents who are agreeing or signing off to basically transfer ownership of that young lady,” Grassie told the committee when asked to clarify what he meant. “The parents aren’t consenting to marriage… what they’re doing is they’re basically removing their daughter from their family.”

Rep. Kim Rice, Chair of the Children and Family Law Committee, shot right back at Grassie.

“Just for clarification, my husband in no way owns me. Never has, never will. Neither does my first husband that I got married with at nineteen,” said Rice, a Hudson Republican and Speaker Pro Tempore. “Just because I got married young doesn’t mean my husband owned me.”

“When I say ownership, that young girl at sixteen years old can not enter into a contract. She has to have her husband do those things for her. So in a sense, that is an accurate statement,” Grassie clarified.