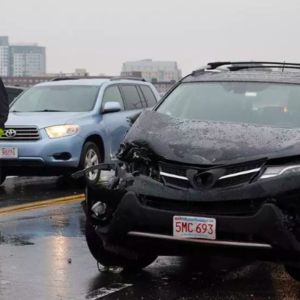 Every year, the Allstate insurance company releases its analysis of the cities with the best and worst drivers in the nation. Compiling data on how often wrecks occur, population, weather, etc, they ranks America’s cities from 1 to 200.  And in a surprise to no one who regularly drives south of the Granite State, three of the worst cities in America for terrible drivers are in Massachusetts, with Boston scraping the bottom at #199.  And that’s actually an improvement over their #200 ranking last year. 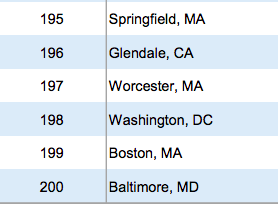 There are only three Massachusetts cities large enough to meet the criteria, and all three of them are are the bottom of the list. Not a single Massachusetts community ranked above #195.

Perhaps that explains why Massachusetts is ranked number 15 in the nation for car insurance costs, while New Hampshire–right across the border–is one of the very least expensive states, ranked 48.

In fact, a report by GoBankingRates.com finds that New Hampshire is the least-expensive place in America to own a car, while Massachusetts is one of the more expensive.

One troubling fact: The Allstate ranking for Boston includes the suburbs of Cambridge, Newton and…southern New Hampshire. So the closer your get to the border…