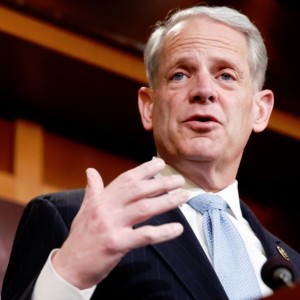 When Connie Morella’s turn came at the Brookings Institution on Thursday, she talked about the Roman god Janus.

Signifying “beginnings and transitions,” he’s depicted with two faces — one looking to the past and the other to the future. The month of January was of course named for this deity, and that’s why Morella, the former Republican congresswoman from Maryland, said it was the perfect time to confront an issue that both haunts her history and looms ahead for all of American politics: the state of the campaign finance system.

Morella was one of more than a half dozen current or former members of Congress gathered for a Brookings summit on campaign finance reform, there to tell horror stories about how the system presently works and offer potential fixes. Among other things, the politicians gave testimony to how much raising money can be a distraction from governing.

The most striking remarks came from New York Rep. Steve Israel, a member of the House Democratic leadership, who says he’s declining to seek re-election over “a fund-raising regime that’s never been more dangerous to our democracy.” He said he’s most happy to be giving up “call time,” the process of phoning people for campaign donations, to which he claims to have devoted 4,200 hours.

“It was tantamount to looking at my schedule and seeing, ‘from 1 to 3, waterboarding,'” Israel said. He also compared the process to selling stocks on Wall Street, with the need to “always be closing.” He said the experience took up so much time that it often conflicted with his duties as a representative.

“When votes are called and you’re in the middle of call time, it becomes an impediment,” he said.

Democrat Tim Wirth, a former U.S. senator from Colorado, agreed. “It’s really corroding of who you are,” he said.

In addition to the powerful interests who have lined up against campaign finance reform, Maryland Rep. John Sarbanes said another challenge is galvanizing the American people around the issue. The Democrat said that when voters read stories about money in politics their eyes glaze over, because coverage focuses on fights between faceless super PACs or billionaire donors.

“You’re not interested in that. You don’t see yourself in the story,” he said. Instead, Sarbanes told activists to focus on the human angle of the issue, including Americans who want to run for office but can’t do so because they don’t have huge amounts of money.

Asked by InsideSources about resistance to reform in Congress, he said members worry voters “will somehow tag them as being hypocritical” since they’re all participants in the current system. “What I tell them, based on my experience, is the public is very capable of distinguishing between a current broken system … and the aspirations that we have to go change the system,” he said.

Another speaker with a message to activists was Zephyr Teachout, the Fordham University law professor and 2014 Democratic gubernatorial candidate in New York. “Your job is just to stop saying things can’t happen,” she said. “You have to stop being pundits and start being patriots.”