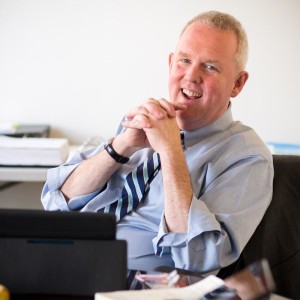 Tommy Wells may be out of D.C. politics, but he’s still got plenty to say about it.

The District of Columbia’s energy and environment director is heartened by the growing liberalism of the D.C. Council and bullish on its controversial paid leave bill.

The former Council member is less enthusiastic about the potential political comeback of former mayor Vincent Gray, whom he challenged unsuccessfully in 2014’s Democratic mayoral primary.

In an interview with InsideSources this month, Wells made his first public comments on federal prosecutors’ decision not to charge Gray in the multi-year investigation of illegal financing behind his 2010 election. The former mayor has always denied any wrongdoing or knowledge of this $600,000 “shadow campaign,” but the scandal brought him down in 2014. He lost the primary, along with Wells and several others, and was succeeded by Muriel Bowser. (She then appointed Wells to his current post.)

Asked if he regretted hammering Gray on ethics during the campaign, Wells offered no apologies. “I think it’s damning if he didn’t know anything about [the shadow campaign],” he said, “because I generally knew everything about my campaign.”

Wells also pointed to two other incidents that raised ethical concerns about the former mayor: a Gray aide going to jail for separate election law violations, and the saga of a fringe mayoral candidate who said Gray got him a $110,000-a-year government job in exchange for a political favor. The former mayor emphatically denied wrongdoing here too, but Wells wasn’t convinced.

“The way Vince Gray started his administration was a fiasco,” he said. “He hired people who hired their children, who had to resign right off the bat.” At minimum, this represented “incredible mismanagement of decisions,” according to Wells.

Asked point-blank whether he’d like to see Gray back on the Council as the former mayor weighs a comeback bid, Wells avoided answering directly. “He has to make that case to me as a voter,” he said. “Is this about payback and vindication or is this about an aspirational vision for this city?”

Wells was more direct in voicing support for the new crop of liberal lawmakers he helped elect to the Council in 2014, including Democrats Charles Allen and Brianne Nadeau and independent Elissa Silverman.

“They are thoughtful and progressive,” he said. “I like a lot of what they’ve done.”

For example, Wells sees “a lot of merit” in the 16-week paid family leave legislation currently under consideration. (His boss, Mayor Bowser, has expressed support for the concept but raised concerns about costs.)

Wells didn’t rule out ever running for office again, but told InsideSources “there’s not an itch to scratch.”

For now, he said he likes running the energy and environment department, calling it “an extraordinary opportunity to actually implement things — actually clean up a river instead of passing a bill and asking someone else to do it.”

“I’ll just be candid,” he said. “I don’t want to say anything critical of the Council, but democracy is not a meritocracy. You’re not always with the best and brightest. This agency is a meritocracy. I’m with people who got here because they were qualified.”