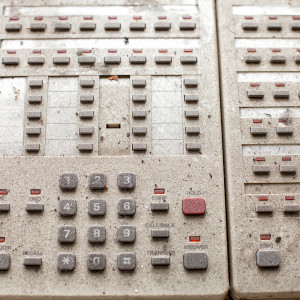 In 1996, then-President Bill Clinton signed into law the Telecommunications Act, setting the standards for regulating telephone, cable, broadcasting, satellite, cellular and Internet for the next two decades. Now, 20 years later, Republicans in Congress are looking to put their stamp on the regulations after the Federal Communications Commission recently rewrote the rules on net neutrality.

The act came at a time when neither the FCC nor Congress engaged in the bulk of communications policymaking — that heavy lifting fell to the U.S. District Court for the District of Columbia as a result of the government-mandated breakup of AT&T into several smaller companies negotiated by the Justice Department.

AT&T and the seven regional holding companies separated from it spent the years since the 1984 breakup continually seeking guidance from the court on business practices they could or could not engage in, the latter including long-distance calling, hardware manufacturing and offering information services — the category the Internet would fall under 12 years later, in the 1996 act.

In an effort to shift rule-making power back to Congress and experts in government and provide clear guidelines for providers to operate under, as opposed to waiting on court rulings, lawmakers in the ’90s began negotiating an update to the Communications Act of 1934 — legislation originally intended to tackle anticompetitive and monopoly business practices by Bell Telephone.

The law put in place major changes aimed at balancing regulation and boosting competition, including Title III permission for any communications provider to enter the market and compete with any other — setting up the groundwork for the telephone, tv and Internet conglomerates of today.

Additionally, 1996 set the stage for the restoration of the FCC as the primary telecommunications regulator, an agency that has operated with few limitations from Congress. Since then, the agency’s power has only grown.

According to Republicans in Congress, that unchecked power most recently manifested in the agency’s decision last year to undo Congress’ Internet exemption in the 1996 act and reclassify Internet service providers (ISPs) as public utility common carriers.

According to FCC Chairman Tom Wheeler, the change in classification gives the agency the legal justification to enforce net neutrality rules adopted under the same Open Internet Order previously struck down in several court challenges by the telecom industry.

The rules mandate ISPs treat all Internet traffic equally by banning content blocking, download throttling and paid prioritization — steps edge providers like Amazon, Google YouTube, Netflix and others called for amid claims providers including AT&T and Verizon were throttling download speeds to customers in an effort to get edge providers to pay more for acceptable service.

Republicans from the House to the Senate have argued since the rules’ passage last February the FCC lacked the authority to reverse Congress’ designation, and accused the agency of being opaque and acting unilaterally without seeking oversight from Congress or publishing the rules before implementing them.

Though the rules are still awaiting a ruling on their legality likely coming in March, Republicans including Senate Commerce, Science, and Transportation Committee Chairman John Thune aren’t waiting to pursue an update to the 1996 act.

“With the FCC poised to reclassify broadband due to a lack of clear statutory authority, we can readily see the consequences of that obsolescence and the need for action,” Thune said prior to the FCC’s vote last year. “Updating the Communications Act is no small undertaking, but it would be a dereliction of duty if Congress did not at least try to modernize the law.”

At the time the South Dakota senator said those changes could come via a series of small bills or a legislative package like the 1996 law.

Thune has already started work on a bill to implement net neutrality protections without Title II reclassification, though he’s waiting on the pending court challenge to move forward. He’s also partnered with a bipartisan coalition of lawmakers on his Mobile Now Act, aimed at freeing up more wireless spectrum for the burgeoning mobile market to satisfy Americans’ growing need for bandwidth heavy service like video streaming.

Groups including U.S. Telecom, the industry lobbyist group leading the court challenge against the FCC, agree it’s time for an update.

“While the Telecom Act was ahead of its time in the 1990s, 20 years later it is time for a refresh,” the group’s president and CEO Walter McCormick wrote in an op-ed Monday. “Having achieved its core market-opening goals and achieved a fast-paced, dynamic broadband economy, much of the act is now obsolete.”

“Congress, as the elected representatives of the American people, must ensure that telecom policy addresses today’s challenges, not last century’s, and ensures that we retain our international leadership.”

Others including the Consumer Technology Association, whose members include Amazon, Apple, Google, Netflix and others, said the act continues to serve its purpose.

“But overall, in the last two decades, the act has not hindered companies from creating new products and services, and thanks to the Internet, new services and business models have benefitted the American people,” president and CEO of CTA said in a statement Monday. “The Internet as we know it today — a platform for accessing information and developing new consumer markets — is a product of this act.”

“This act has been — and will continue to be — important for spurring innovation in the United States and maintaining our global competitiveness.”