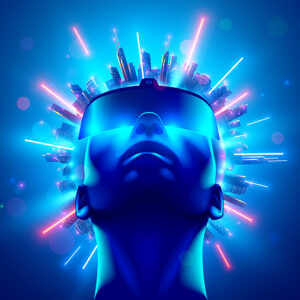 Posted to Technology September 12, 2022 by Thomas A. Hemphill

On June 21, the Metaverse Standards Forum was launched by its 35 founding members, including Meta, Microsoft, NVIDIA, Sony Interactive Entertainment, Cesium, the Web3D Consortium and the Web 3d Consortium. Noticeably missing among these founding members, however, are tech giant Apple, gaming companies Roblox and Niantic, and emerging crypto-based metaverse platforms such as Sandbox and Decentraland. Apple is expected to become a major player in the race for the metaverse once it introduces a mixed-reality headset, which is anticipated by no later than 2023.

By late August, more than 1,200 organizations had joined the Forum since its founding.

What is the “metaverse”? While often vaguely described, Matthew Ball, a former Amazon executive and author of “The Metaverse and How it Will Revolutionize Everything,”  defines it as the “next generation internet” or parallel virtual world intended to have the immersive feel of the real one. Furthermore, the metaverse is also popular with those individuals and companies working to develop “Web 3,” whose purpose is to build a blockchain-based internet that is largely beyond the control of public regulators, banks and today’s tech platforms.

Metaverse-related applications already exist in our society, as major airports are using 3-D simulations; medical centers, such as Johns Hopkins, are performing live patient surgery with mixed-reality headsets; and the military is employing the same technology for training purposes. Major firms — Citi, Goldman Sachs, KPMG, McKinsey & Co. and Morgan Stanley — variously project that the metaverse will contribute from $2.5 trillion to $16 trillion to the global economy by 2030.

Today’s internet, however, lacks the protocols, standards and architecture to support live, synchronous and highly-scaled 3-D experiences. Industry leaders argue that the potential of the metaverse will be best realized if it is built on a foundation of open standards. Building an open and inclusive metaverse at a pervasive scale will demand a constellation of open interoperability standards created by “standards development organizations” (SDOs) such as The Khronos Group, the World Wide Web Consortium, the Open Geospatial Consortium, the Open AR Cloud, the Spatial Web Foundation and others. To this end, the Forum aims to foster consensus-based cooperation among diverse SDOs and companies to define and align requirements and priorities for metaverse standards — accelerating their availability and reducing duplication of effort across the industry.

What is unique about the Forum is that it is a coordinating structure designed to develop agreement on fundamental technical, interoperability protocols for the metaverse that will provide the technical foundation for later established open (and inclusive) standards considered in relevant technology domain SDOs. Such a formal organizational structure is an anomaly in the early stages of most technology development.

This coordination of Forum activities will result in pragmatic projects — such as focusing on 3D asset interoperability — whose results will attempt to fill gaps where there is a lack of interoperability restraining metaverse deployment.

The Forum’s efforts will attempt to “accelerate” the evolutionary path of metaverse technology development by improving communication, transferring/sharing knowledge, and organizing and coordinating resources among relevant stakeholders for applied projects. Those efforts will support the Forum’s goal to overcome interoperability challenges by accelerating the time (and reducing costs) to standard-setting and eventual commercialization of metaverse-related products and services.

Acknowledging that Big Tech presently controls much of the global economy and thus shapes much of our daily lives, an existential question for our modern society is, do we want to allow Big Tech to draw us into new virtual worlds of its own making?

Ball argues that “as with almost all technologies, (the metaverse) is neither moral nor immoral,” and that after the metaverse arrives, “it will reflect the business models, philosophies and objectives of those who design and operate it, which customers can choose to accept or reject.”

But long before that time arrives, the Forum should include a diverse array of metaverse relevant stakeholders, those affecting its operation (competitors), and those entities who may be affected by its actions, decisions, policies or practices of it (consumers, philosophy of technology ethicists, government representatives, etc.).

This pluralistic inclusion will allow for a socially and ethically responsible consensus to be embedded in the foundational protocols developed by the Forum and further offer the industry valuable “legitimacy” as it moves forward with formal standards-setting processes and eventual commercial implementation of this potentially revolutionary and disruptive technology.