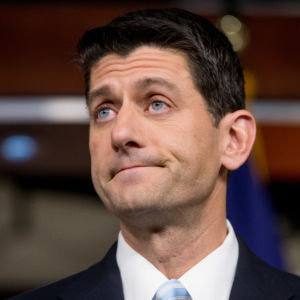 Inside the Strange Bedfellow Politics of D.C. School Vouchers

It’s not just that they’re allied with Republican House Speaker Paul Ryan — and rejecting liberal education orthodoxy. Now D.C. Mayor Muriel Bowser and fellow Democrats on the D.C. Council are at odds with advocates for separation of church and state.

So go the strange bedfellow politics of the D.C. Opportunity Scholarship Program, an existing system of school vouchers for poor District students that’s currently up for re-authorization in Congress.

First championed by former GOP speaker John Boehner, the initiative has been opposed by President Barack Obama and Del. Eleanor Holmes Norton, D-D.C., but it’s now supported by the mayor and a majority of Council members. In a letter to congressional leaders in December, Bowser and Council Chairman Phil Mendelson, a Democrat, wrote that the program “has helped tremendously to achieve many recent successes in the District’s education system.”

Not everyone agrees. In addition to prominent voucher critics such as teachers’ unions that argue government funding should focus on improving public schools, the Secular Coalition for Washington, D.C., is criticizing taxpayer funding of private religious schools under the program.

“Not only have multiple Department of Education studies concluded that the program has failed to improve educational outcomes for participating students, but two U.S. Government Accountability Office reports have also identified its repeated management and accountability failures,” the group wrote in an email on Tuesday. “Much of the money allocated for vouchers is funneled to religious schools which aren’t required to follow the same civil rights laws that public schools do.”

The coalition also charged that the mayor and Council members were “falsely stating that if the program isn’t reauthorized it will place public school funding at risk.”

In a statement earlier this month, though, Speaker Ryan said support from D.C. leaders gives re-authorization legislation a boost as it’s considered in the Senate.

“When we give more families a choice, more students succeed,” he said. “This initiative embodies the American Idea — the notion that the condition of your birth doesn’t determine the outcome of your life.”

The centrist Washington Post editorial board tipped its hat to the speaker on the issue on March 14. Contrary to the Secular Coalition, the Post editorial asserted that, should the program be discontinued, “the city will also lose out on millions of dollars that go to its traditional and charter public schools as part of the three-sector federal funding deal.”

“The scholarships provide a lifeline to low-income and under-served families,” the newspaper wrote, “giving them the school choice that more affluent families take as a given. And because the program results in more federal money for D.C. public education and not less — another myth advanced by opponents — it’s time for Congress to act.”

On top of the unlikely politics on Capitol Hill, this fight reveals a telling dynamic on the District’s political scene. Many of the Council members joining the mayor in pushing for vouchers are well-known Bowser allies. The lawmakers not on board include a bloc of young progressives elected in 2014.