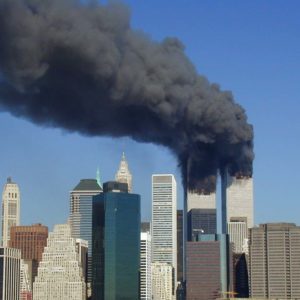 Millions remember exactly what they were doing when first hearing about awful events.

The day John F. Kennedy was shot, November 22, 1963, I’d been sleeping after an overnight shift for a newspaper in New York. For some reason, I had to call about paying a parking ticket. The woman who took the call was weeping. I asked her what was wrong, and she told me Kennedy had been shot. I forgot about the parking ticket while pursuing on-the-street stories for the paper.

Nearly 38 years later, in South Korea, I had boarded a bus near the central post office in Seoul on the night of September 11, 2001, when I got a call from Korea’s Educational Broadcasting System. The voice on the line asked urgently, what did I think about what had happened?

What the hell happened, I wanted to know. Amazed by the question, the voice told me that a plane had flown into the World Trade Center in New York and what’s your comment? I had no trouble conjuring a spontaneous expression of shock.

She also asked if I had any contact in New York who might comment. I had just the man – a retired journalist whom I’d known when we were reporters in Chicago. I had often visited his condo on the 58th floor of a high-rise in central Manhattan with a full view of the World Trade Center rising six miles south.

Having dispensed that information, I got to my place in time to see, live on Korean and foreign TV networks, the Trade Center’s twin towers crumbling in clouds of ashes, dust, and debris.

That was 20 years ago as of Saturday, September 11. The date remains in infamy more than a week after the Americans withdrew their final troops from Afghanistan, forfeiting the country to the Taliban. Now we shudder to think what the Taliban will do as they exert their authority over the country’s recalcitrant tribes and regions.

Each of these cataclysmic shocks raises questions of “what if” — what would have happened “if” — if they had never happened. We can speculate forever about what Kennedy might have done, what kind of president he would really have been if he had completed his first term and served another four years after that.

Having covered Vietnam, Laos, and Cambodia before migrating to northeast Asia, I’ve often wondered if JFK would have pursued a course quite different from that of his successor Lyndon Johnson, who poured more than 500,000 troops into Vietnam before he decided not to run for reelection in 1968 after North Vietnam’s disastrous Tet offensive. Would JFK have come to terms with the Communist forces from North Vietnam that won less than a dozen years after his death – or would he have invaded the North and made sure the US-backed Saigon regime won?

The “what if” questions about what we call “9/11” are still more troubling because they have direct relevance to the present. What if the planes had not flown into the World Trade Center and then the Pentagon, killing nearly 3,000 people?

Would George W. Bush, having been president for less than a year, have never ordered troops into Afghanistan with the urgent mission of driving the Taliban out of power and destroying the strongholds of Al Qaeda, whose leader Osama Bin Laden boasted of the raid’s success? And if the U.S. had not plunged into Afghanistan, would Osama have ordered still more deadly attacks, leading to a much more violent struggle?

We also have to ask another hypothetical: What if the presidents after George W. Bush, that is, Barack Obama and Donald Trump and Joe Biden, had wanted to keep American troops in Afghanistan?

That’s a tough one, but we do know those presidents, all so different in outlook, style, strategy, and tactics, sensed the national mood and believed enough was enough. Was Biden, then, right to respond in a way that led to retreat and defeat, complete humiliation, and loss of the investment already made in lives and treasure?

These are not esoteric questions. They are relevant to American allies everywhere, notably Korea — Japan too. Having fought a “forgotten war” to save South Korea from Communist invasion by the North Koreans and Chinese, might American leaders someday decide South Korea isn’t worth fighting for? That’s one we might be asking on the 20th anniversary of the bloodiest attack by a foreign adversary on American soil.