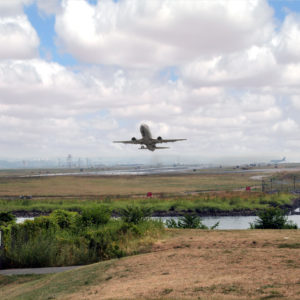 2017 Ended Without Any Commercial Jet Crash Fatalities. Can the Streak Continue?

Last week, millions of Americans were on the move, part of the seasonal migration spurred by the feeling that there is no place like home for the holidays. All of those flights landed safely. So did all other commercial jet flights around the world. In this respect, 2017 was a year for the record books. Last year, there were no passenger fatalities from a commercial jet crash anywhere in the world. It has been more than 400 days since an accident on a commercial airliner. The statistic shows the dramatic progress that commercial aviation has made over the course of the last several decades.

“Since 1997 the average number of airliner accidents has shown a steady and persistent decline, for a great deal thanks to the continuing safety-driven efforts by international aviation organizations such as the International Civil Aviation Organization (ICAO), the International Air Transport Association (IATA), Flight Safety Foundation and the aviation industry,” said Harro Ranter, president of the Aviation Safety Network, a research center for civil aviation safety issues.

The statistics show a dramatic improvement in aviation safety over the course of the last decade, especially overseas. No American airlines have suffered fatalities since a 2009 crash involving a commuter turboprop plane in Buffalo, New York, and they have not had a fatal jet crash since 2006. Meanwhile, the U.K. has not had a fatal commercial airline jet crash since the late 1980s.

However, air travel has been growing in other regions of the world including Africa and the Middle East, where safety cultures are not as rigorous. According to the IATA, sub-Saharan Africa still has an accident rate 44 percent higher than the global average.

These statistics underscore the reality that 2017’s aviation safety record was both a sign of progress and a happy anomaly. Previously, the only years without commercial jet crash fatalities were 1952, 1956, and 1957, all at the dawn of the jet age. Even as recently as the 1980s, commercial jet crash fatalities were higher than 1,500 people for several years.

Given the rapid increase in the number of miles flown, the safety gains are even more dramatic. According to statistics from the Department of Transportation, fatality rates for U.S. airlines were as high as 44 deaths per 100 million miles flown in 1960. Since 2006, that number has stayed at zero.

Last year’s safety record followed two years of abnormally high fatality rates after highly publicized crashes such as a 2015 flight from Egypt to St. Petersburg, Russia, which the Russian government claims was bombed, and the crash of an EgyptAir flight from Paris to Cairo in 2016.

Aviation experts welcome the news of a year without a single commercial jet crash, but stress that 2017 was both lucky and good. A number of serious accidents did occur on the ground but did not result in fatalities. Despite a boasting tweet from President Trump, government policies likely had little to do with the safety record, which largely rested on industry policies and good weather. As a result, it may be hard to keep up the streak.

“It is unlikely that this historic low will be maintained; in part, these very positive figures rest on good fortune. Nevertheless, the safety level that civil aviation has achieved is remarkable,” said Adrian Young, a senior aviation consultant for To70, a consulting firm for the aviation industry. To70 recently released a report of its own, highlighting 2017’s safety record and to point out areas for additional improvement.

“The risks to civil aviation remain high as shown by the seriousness of some of the non-fatal accidents,” Young continued.

Although there were no fatalities on commercial airlines in 2017, there were 10 fatal airliner accidents involving other types of aircraft, including cargo planes and small propeller-driven planes.

To70 praised efforts to employ new technologies in aircraft design and construction to help address maintenance related safety flaws. Their report also stressed the need to look for areas of improvement in how the industry runs itself, especially with regards to pilot mental health and fatigue. On board fires caused by lithium batteries also remain an area of concern.

The industry attitude of constant improvement has made air travel around the world safer than ever. Although there remains room for growth, the industry looks to be in smoother air flying in to 2018.