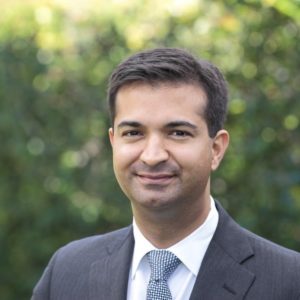 The midterms, which were a bloodbath for moderate Republicans in Congress, were especially brutal for the Climate Solutions Caucus. The caucus, founded by Rep. Carlos Curbelo (R-FL) and Rep. Ted Deutch (D-FL), is supposed to be a bipartisan group exploring “policy options that address the impacts, causes, and challenges of our changing climate.” The trouble is, it just lost most of its Republican members.

Twenty-one Republicans will not be rejoining the caucus in the new Congress. Thirteen of them lost on Tuesday, seven members retired from Congress, and one–Mark Sanford of South Carolina–lost the Republican nomination for his district. Among the representatives voted out of office was Curbelo, one of the caucus leaders. None of the Climate Solutions Caucus’s Democratic members were voted out.

So far, the caucus says that it’s not going anywhere.

“We’re confident other Republicans will step up to lead, and the existing and potential members are invested in continuing bipartisan work on climate,” Citizens’ Climate Lobby Executive Director Mark Reynolds said in a statement. “To paraphrase Mark Twain, reports of the death of the Climate Solutions Caucus are greatly exaggerated.”

That’s fine for environmentalist groups, who see the Climate Solutions Caucus as a lot of talk and no action.

“Our hope is that the Climate Solutions Caucus will be replaced with the Climate Action Caucus or Climate Honesty Caucus,” said Michael Brune, executive director of Sierra Club, which endorsed Curbelo’s opponent. “We need to see stronger action, not just a few good speeches made once a year.”

The group’s history shows how controversial climate change legislation has become. Left-leaning groups, including ThinkProgress and the League of Conservation Voters criticized the caucus for failing to take substantive action to stop climate change. Only two Republican members, for example, wrote to encourage Trump to remain in the Paris Climate Accord.

Rejected by voters and a disappointment to environmentalists, green Republicans like the members of the Climate Solutions Caucus lack a political home. That doesn’t bode well for bipartisanship.