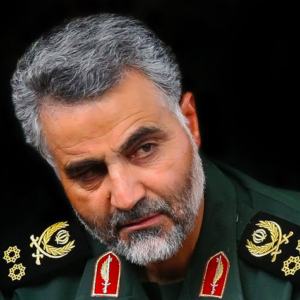 2020 Dems Denounce ‘Murderer’ Soleimani, but Voted to Lift Sanctions, Send Him Millions in 2016.

Most Americans didn’t know the name Qasem Soleimani before President Trump ordered the drone strike that killed the Quds Force leader Thursday. They were likely shocked to learn about the 1,000 Americans killed in Afghanistan and Iraq by his Iranian Revolutionary Guard Corps (IRGC). About the role he played in backing terror attacks against civilians inside Israel. And about how Soleimani, a terrorist mastermind, helped Syria’s Bashar Assad kill hundreds of thousands of innocent civilians and launch deadly chemical attacks.

But one person knew the Soleimani story very well: Sen. Elizabeth Warren.  As she tweeted the morning after his death, “Soleimani was a murderer, responsible for the deaths of thousands, including hundreds of Americans.”

This is interesting, given that Warren continues to support the Obama administration’s Iran deal that lifted U.S. sanctions on Soleimani and poured millions of dollars into his Quds Force coffers. And she’s not alone. Every one of her fellow U.S. Senators in the 2020 Democratic primary — Michael Bennet, Cory Booker, Amy Klobuchar and Bernie Sanders — voted for the same plan. And then-Vice President Joe Biden was one of its biggest champions.

In a way, these Democrats made the lethal U.S. attack at the Baghdad airport possible. One of its pre-conditions of the Iran deal was lifting U.S. travel sanctions on Soleimani. He was taking advantage of those lifted sanctions and traveling between consultations with his terror allies in Lebanon and Iraq when the drone strike took him out.

The Iran deal was never popular with the American people, who opposed it by a 2-to-1 margin. The U.S. Senate voted against it 58-42. (Due to the bizarre rules of Washington, the agreement went forward anyway.)

That didn’t stop these Democratic senators from making speeches and sending out press releases pushing the plan. And the entire time, they knew one of the big winners would be top terrorist Soleimani. In fact, it was hardly a secret. As the American Enterprise Insitute’s Michael Rubin reported in 2015:

“Buried on page 95 of the draft of the nuclear agreement … is the fact that sanctions will be lifted on Qassem Soleimani, head of the Qods Force [sic], the elite unit of the Islamic Revolutionary Guard Corps charged with export of revolution. In short, Soleimani is responsible for the deaths of more Americans than any living terrorist, and perhaps any dead one as well.”

“Lifting sanctions on Soleimani is like agreeing to do business with Osama Bin Laden on September 12, 2001,” Rubin added.

After Obama signed the Iran deal, Soleimani used his new-found freedom from sanctions to travel on behalf of Iran’s strategy of backing terrorism through proxies like Hezbollah and Hamas, both of which bemoaned Soleimani’s death and celebrated his support for their cause.  Hamas praised his “major and critical role in supporting Palestinian resistance at all levels.” That “resistance” includes suicide bombers, knife attacks on Israeli civilians and firing rockets into Jewish neighborhoods.

Under the agreement, Iran collected at least $100 billion in sanctions relief–including at least $10 billion in cash and gold. And that’s on top of the $400 million on wooden pallets stacked with euros, Swiss francs and other currencies the Obama administration secretly delivered to Iran on an unmarked cargo plane.

While Warren may not have known about the cargo plane, she knew all about the financial windfall for Soleimani in the Iran Deal. She sat through three days of testimony before the Armed Services Committee about it in the lead up to the Iran Deal vote.

Sen. Warren supporting the JCPOA, or “Iran Deal,” as a member of the Senate Armed Services Committee

Sen. Tom Cotton specifically highlighted the fact that “Qasem Soleimani and the Quds Force and the Revolutionary Guard Corps” were the main perpetrators of “explosively formed penetrators” (EFP) responsible for hundreds of American deaths in Iraq.  “Those entities and Qasem Soleimani will ultimately receive sanctions relief from this deal,” Cotton noted.

Iran Deal supporter Ambassador Nicholas Burns also acknowledged in his testimony before Warren’s committee, “No question, some of it [sanctions relief money] will go to the IRGC, given the relationship of Qassem Soleimani, the head of the IRGC Quds Force, to the Supreme Leader, Ali Khamenei. That’s to our disadvantage.”

And still, Warren championed the Iran Deal, benefiting the man she says today is “responsible for the deaths of hundreds of Americans.” She’s still defending it, publicly denouncing President Trump’s decision to withdraw from the agreement in 2018.

Some 2020 Democrats have difficult questions to answer about their legacy of policies that gave support to a terrorist like Soleimani.