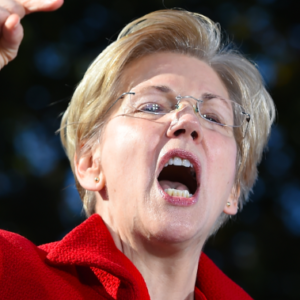 Elizabeth Warren is a fighter. Her brand in the 2020 Democratic primary is being (as journalist Byron York labeled Hillary Clinton in the 2016 campaign) “the fightingest fighter in the fight.”

South Bend, IN Mayor Pete Buttigieg, on the other hand, is selling his brand of midwestern mellow– calm, unthreatening and in control.

So it’s no surprise, then, that their reactions to the release of the Mueller report would reflect their different personalities and approaches. In fact, the public comments of many of the 19 (and counting) Democratic candidates for president offer a glimpse into the character of their campaigns.

“This is a disgrace,” Warren tweeted when the redacted report was released. “The American people deserve answers—and Special Counsel Robert Mueller should testify publicly before Congress. Release the full report.” Her tweet shows a heavily-redacted section covered in black bars over the text.

Also a “disgrace:” Attorney General William Barr’s press conference hours earlier, “acting as if he’s the personal attorney and publicist for the President of the United States,” Warren tweeted.

Buttigieg–or “Mayor Pete” as he calls himself on the campaign trail– was more tempered in his response, calling the report “a disturbing if not completely surprising collection of evidence that shows a president putting his own interests ahead of the country’s. Today again demonstrates why we need to change the channel in 2020.”  Note that he puts the story in the context of what’s good of the country, rather than a partisan attack on Trump or urging Democrats to continue to investigate.

Meanwhile, Sen. Bernie Sanders, considered by some to be the front-runner in the race, has had surprisingly little to say about the Mueller report or its release. Sanders (or rather his campaign) is extremely prolific on social media. His Twitter feed in the 24 hours around the report’s release is full of posts on topics like criminal justice reform, excessive CEO pay and Medicare for All. Interestingly, there are just two tweets about the Mueller report: One accusing the president of “wanting nothing more than to shut down the Mueller investigation,” and another urging Americans “to do everything we can to protect our future elections from the significant threat of foreign interference.”

Again, this reflects how focused the Sanders campaign is on its message of economic populism. Sanders isn’t running on issues like fighting government corruption or Trump’s character (though he’s called him a “racist” and “pathological liar” along the way). Attending a Sanders rally, it’s noticeable how little he talks about Trump at all. Sanders is often just as critical of the 2016 Democratic Party leadership many of his supporters believe wrongly denied him the nomination as he is of Donald Trump.

Other candidates like Senators Kamala Harris and Kirsten Gillibrand took a pragmatic approach. They used the report’s release to post “add your name if you agree” messages that did more to build their campaign email lists than express outrage.

Perhaps the most passionate response was from California Congressman Eric Swalwell who called on Attorney General William Barr to resign. “You can be the president’s defense attorney or America’s attorney general, but you can’t be both,” Swalwell said.

But the biggest reveal in the 2020 Democrats’ reaction to the Mueller report is how muted it was overall.  While cable news went into near meltdown the day of the release, the candidates themselves were relatively quiet about it.  LIkely candidate Joe Biden, for example, spent the day rallying with striking grocery store workers in Boston. In the hours around the report’s release, Sen. Harris had nearly as many tweets about Beyonce as she did Bill Barr.

Sure, the candidates talked about Mueller and collusion and obstruction when reporters asked–that’s how you get on TV. But they seemed anxious to move onto other topics like healthcare or the cost of college.

Could it be that the folks out on the campaign trail talking to real-live voters have figured out what media talking heads haven’t, namely that Americans just don’t care that much about the RussiaGate story and are ready to move on?

Perhaps the best indicator of how much Americans are swayed by concerns over President Trump’s Russia connection is this simple fact: When Mueller was first appointed Special Counsel in March of 2017, Trump’s approval was 42 percent.