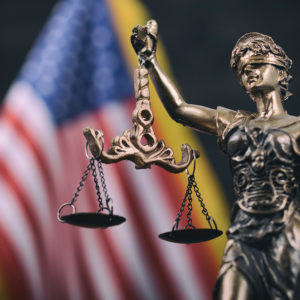 Both political parties seem acutely aware that America has reached a moment of reckoning on justice reform. Since the death of George Floyd, Americans have poured into the streets to deliver an indictment on America’s recent past, in which leaders of both parties have failed to fix the inequities of a lopsided system.

Joe Biden and Donald Trump each have an opportunity to claim the mantle of reform. But to do so, they must choose a side in the war of the words.

Leadership starts with language. The words we choose to describe an issue — and more important, a group of human beings — determines the tenor and substance of the policies that follow. On the issue of justice reform today, there is a tension between the language of oppression, which has been used throughout our recent past, and the language of hope, which is required to move us forward.

I have had a run-in with the justice system myself. I also have family members in law enforcement. And now I lead an organization dedicated to helping the formerly incarcerated claim a new beginning. One of the biggest revelations I’ve had throughout my life is that individuals who interact with the justice system feel trapped in their past by the words used to describe them. Terms like “inmate,” “offender,” “convict,” “felon,” “criminal” — even when preceded by “ex” — invoke profound despair.

America’s modern “criminal justice reform” movement itself, which has been championed by both parties over the last decade, has stumbled out of the gate by choosing the wrong lexicon to describe itself. What exactly is a “criminal”? The word does not speak to truth.

To say, for example, that a person is an “offender” implies a permanent state, when the truth is that he or she has committed an offense, which describes a single decision. This cages the person in a permanent false identity, both in public perception and self-perception. It can lead to bad policies, and also to dehumanization. The pent-up anguish over that loss of personhood is playing out today on the news and in the streets.

All of us are guilty at times of using this loaded language. Republicans and Democrats have both used it, as have Messrs. Biden and Trump individually.  Trump has regularly used labels such as “thugs,” “violent felons,” and “criminals.” Multiple times throughout the 1990s, Biden described people who committed offenses as “predators on our streets” who were “beyond the pale” and could not be rehabilitated.

But just like the individuals they used these words to describe, neither Biden nor Trump are beyond redemption. Not even close. Biden has since apologized for his words and the policies that followed, and promised to do better as president. Trump, despite his bluster, has also made noble attempts at bipartisan justice reform, and has used his pardon power to acknowledge the plight of many incarcerated for non-violent offenses.

But 2020 has brought these issues to the forefront of the national debate, and the months to come will present a proving ground for the language of justice. Both candidates are making active attempts to appeal to the millions seeking a more equitable system, but they must remember that leadership starts with language.

Both candidates have an opportunity to shine a light on the code of lies embedded in the language of America’s recent past. By choosing the side of hope in this war of the words, both stand to find an increase in support in the polls.

Most important, if individuals of Biden and Trump’s stature lead this new era of language, it will help to rehumanize individuals in the rehabilitation process and spark a new age of understanding on issues of crime, justice and race.

This year has cast a light on the struggle between the language of oppression and the language of hope. The war of the words has begun, and millions of Americans are listening closely. It may well decide the outcome of the election.

Dawn Freeman is President and CEO of the Securus Foundation and a nationally recognized thought leader on reentry for the formerly incarcerated. She wrote this for InsideSources.