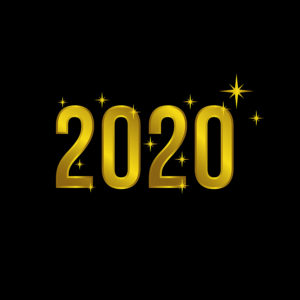 2020 Was Difficult; It Was Not the Worst Year Ever

Humans don’t rule the world, it turns out. COVID-19 is too small to see, as President Trump pointed out. It has still killed more than 300,000 Americans in less than a year.

It also ended the longest economic boom in American history and threw millions of people out of work. Millions of people who kept their jobs had to adapt to working at home — while also making sure their remote-schooling children paid attention to their on-screen teachers.

COVID-19 meant people were mostly unable to go to movies, concerts or sporting events in 2020. And yet, by historical standards, it was a good year.

COVID-19 is a novel disease. No human caught it before 2019. Scientists created effective vaccines in about a year. By comparison, smallpox has been around since at least Ancient Egypt in the third century B.C. The earliest evidence of inoculation dates to 10th century China.

That’s more than a thousand years between smallpox’s first appearance and its first effective treatment — for a disease with a 30 percent fatality rate. But inoculation was rarely practiced until the 18th\ century, so it didn’t help very many people for its first 900 years or so.

When Abigail Adams had her children inoculated in 1776, it was still a scary, new technology for most people. It was an act of courage for her to set a positive example like that. And it took an additional two centuries for smallpox to be eradicated altogether, in 1977. Our generation’s COVID timetable is unimaginably better than with which our ancestors had to deal.

That does not mean COVID is not a serious disease with serious economic and social consequences. Yet, it does mean that 2020 was not the worst year ever. Not even close.

COVID has taken a huge toll on millions of lives. For people who didn’t get sick, isolation was often the hardest part of 2020. Depression, suicide rates and addiction problems all worsened in 2020. Stress from falling behind on bills and rent could have lasting consequences for millions of people.

But we also have ways to stay in touch and give comfort to each other that previous generations never had. Telephones existed during the 1918 Spanish flu pandemic, but phone companies limited them to emergency use only, because the women operating manual switchboards in crowded offices kept getting sick. Radio, television and email did not exist.

The Postal Service was even slower than it is today.

Today, isolation is still hard. But at least we have Zoom, Netflix, Facebook, text messages and operator-less cell phones. Online food, grocery and retail delivery were all growing before the pandemic hit. Thankfully, some of that infrastructure was already in place coming into 2020, because we needed all we had and more.

Go back just a few generations, and the best you could do was the Sears catalog. Thanks to the removal of net neutrality regulations in 2017, an explosion of investment in networks generated enough new capacity to handle exploding new bandwidth demand from widespread videoconferencing and streaming.

It is important to learn the right lessons from the COVID-19 pandemic. If we do, we can ensure that 2020 will be the worst year any of us have to face in our lifetimes.

The most important lesson is that openness is important. Scientists need to be able to communicate across national borders without restrictions. Supply networks need to be as open and frictionless as possible, without trade barriers and nationalist chauvinism getting in the way. Regulatory agencies need to be more open to new innovations and approaches.

The FDA’s rapid COVID vaccine approval should be the norm, not the usual process that averages a decade of waiting and $1.3 billion per drug.

For ordinary people and small businesses that need to adapt to quarantines on short notice, it is important for regulators to get rid of excessive permits and other requirements. If a regulation is not needed during a pandemic, it was probably never needed in the first place. Some heavy regulatory housekeeping is in order as we emerge from the pandemic.

This was a difficult year. The new year will have its own challenges. But previous generations had it far worse. Our job going forward is to make sure our pandemic experience is far worse than anything our grandchildren will have to endure.